He left Teaching for Chicken and Now He is Smiling 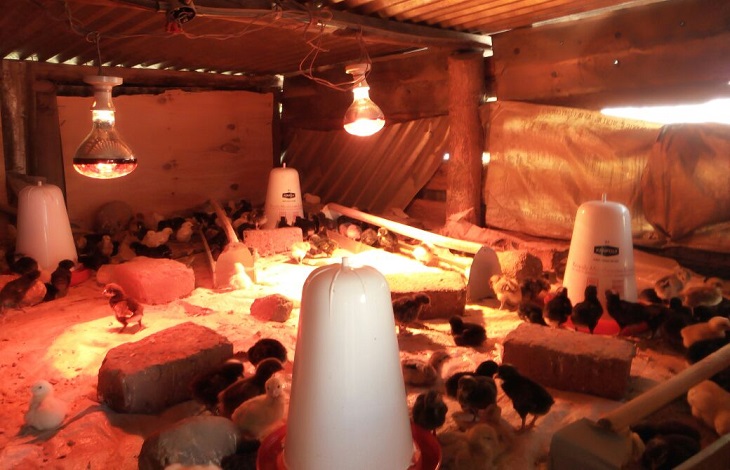 The story of Geoffrey Ikumilu is one of daring the road less taken, one that inspires and one that many people may tend not to believe. But when you listen to the man talk, you will think that what he did was crazy but at the end, come to acknowledge that he was a genius.

Geoffrey Ikumilu was a high school teacher, teaching Chemistry and Mathematics and one of the prestigious schools in Kenya, Mukumu Girls but one day, he just woke up and resigned.

The reason for him resigning was more shocking than the resignation letter itself. The man wanted to ‘go home and rear chicken’. Back home, people thought that the well-schooled son of the village had been bewitched and was running mad. But the man was serious. He had made up his mind to throw the teaching profession through the window and start rearing chicken.

Geoffrey did not resign after working for many years. No. He got employed in 2010 and started his career at Bushiangala Secondary School. Funny. Right? Or is it interesting? He felt that his calling was in chicken, not in class. There he was, he left, just like that and went to where his calling was.

He went back home and started rearing chicken. Geoffrey is now known as ‘Mkulima’, the Farmer and he is now a smiling man.

“Many people think that farming is meant for the illiterate in society. That it is for those who failed in life and didn’t manage to get a white-collar job. Farming is the next big thing and chicken is the biggest thing for me,” said Geoffrey.

Geoffrey earns a gross income of between 150,000 shillings and 200,000 shillings per month, “money that teaching could not give me. I love being my own boss and this has made me always ambitious for bigger things, and for me, the chicken was a big promotion,” he adds, bursting out in laughter at his own statement.

Geoffrey rears both layers and broilers. With layers, he gets thousands of eggs which he sells to villagers and hatches the rest. He also sells chicks to other farmers who then raise them. For broilers, he sells them to the villagers who buy them in large numbers.

“The demand for chicken, eggs, and chicks in this village is just amazing. Can you imagine I have orders till December? I have never sold any chicken outside the village because all my customers are from within. People have already placed orders for December during the festive season,” he says.

He also rears Turkeys, guinea fowls and gees and according to him, farming is gold. As an SME, Geoffrey acknowledges that he is wading in waters that many people have feared to. According to stats, more than 400,000 SMEs are dying annually in Kenya with 80 percent of them dying in the first year of their establishment.

“We should not give up from trying just because others are closing down. If we do that, people will never develop. Success is a journey. There are ups and downs. What defines you is not how hard you fall but how high you bounce back,” the man seems to be a philosopher too.

Need some help from him?

Dear Fathers, Here Are 10 Traits You Must Have

Dear Entrepreneur, Here Are 8 Ideas To Make Money On The Side

Dear Entrepreneur, Here Are 10 Simple Ways To Motivate Your Employees

Dear Entrepreneur, Here’s How To Make Money And Become Millionaire In 2023