20 Years Since August 7 Bomb Blast, Has Kenya Grown in its Disaster Preparedness? 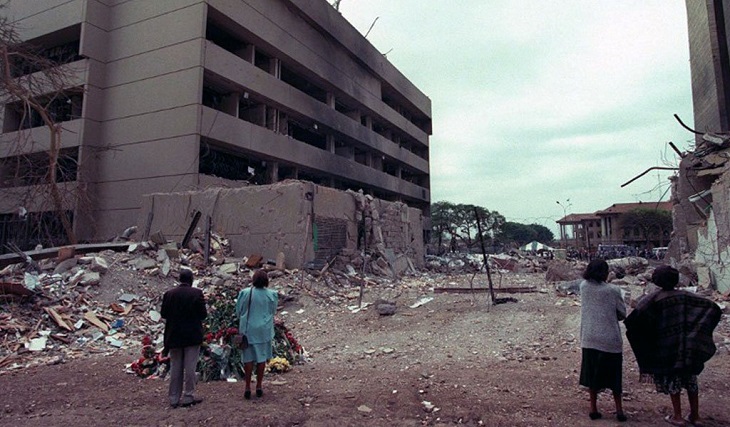 7th August 1998, a busy Friday morning, when the terror-linked group,  al Qaeda, struck, killing more than 250 people and seriously injuring more than 5,000 others. It was a dark day for a developing Kenya who has now learned to rise past the occasion

It is a commemoration for the lost and shattered lives the bomb claimed leaving behind what is now commonly referred to as Bomb blast memorial.

Like a wound that has healed leaving behind as a scar, the bomb blast memorial each year reminds us of where, as a country, we have come from. The lessons we have picked on our way challenging us on how much we are yet to accomplish as a country.

The attack on the US embassy in Kenya and Tanzania brought the terror group, al Qaeda, to the limelight.

Masterminded by Fazul Mohamed, the attack shaped Kenya’s war on terror together with Kenyans perception of security. Experts termed the bomb blast as an eye-opener to the country and the world at large in regards to terrorism.

Fazul Mohamed later was killed by Somalia forces in Somalia in 2011.

Former Kenya Special Forces officer Byron Adera says that prior to the bombing; terror was a new threat adding that lack of proper understanding of terrorism led to it being regarded as a mythology which means that the country operated with delusions.

Adera who cited a misinformed population that lacked security awareness amongst others gaps which the terrorists exploited to launch the attack leads us to question the country’s preparedness and level of awareness 20 years down the line.

“The clear lesson was that terrorism, as a threat, had a global outlook. It was fanned by a vast array of societal factors, where conflict was an extension of socioeconomic and political antagonisms. Other factors such as religion were used as generous veils to sanctify criminality and violence under the shadows of acclaimed religiosity,” said Adera.

The US ambassador Robert Godec, who spoke on the 7th Memorial Park in an event that marked the 20th anniversary since the blast, said his country was grateful for the heroic acts by Kenyans who, with compassion and selflessness, took great risks to save those who had been affected by the bomb blast.

Godec added that terrorists had continued attacks on humanity across the world and that although we had suffered, we shall never let them defeat us.