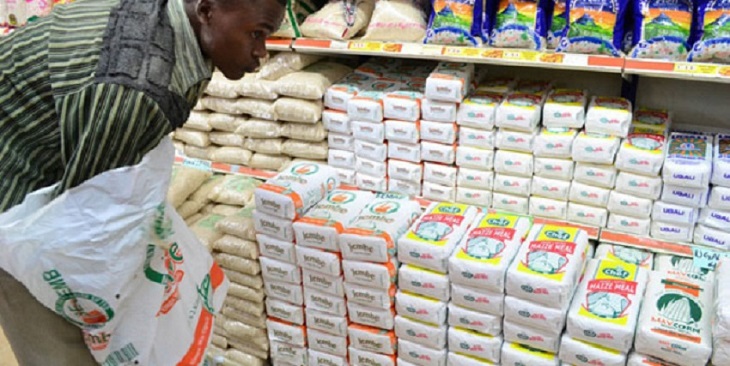 Kenyan households have a reason to smile after a confirmation from millers that maize flour prices will not be increased as had earlier been reported.

Earlier on, millers had said that they were going to slightly increase maize flour prices due to the 8 percent VAT increase on petroleum products but the relief came after the National Treasury placed wheat and maize flour under goods exempted from tax from zero rate.

ALSO READ: Ugali Lovers to Feel the Heat as Prices Increase by 4-8 Shillings

A spot-check across a number of supermarkets shows that a 2-kilogram packet of maize flour is retailing between 88 shillings and 92 shillings. An increase above that amount could force low-income households to dig deeper into their pockets to be able to enjoy the commodity which is a staple meal in most Kenyan households.

Millers had indicated that the increase in the cost of production would push up flour prices.

They said that the VAT changes on the status for processed wheat and maize flour and VAT on petroleum products could leave millers with little room to absorb the additional costs without risking the quality and the sustainability of operations.

The United Grain Millers Association chairman, Peter Kuguru had said that small-scale millers were going to increase the price of maize by four shillings, from the eight percent increase noting that they were to take the remaining 4 percent.

Small-scale millers make up 70 percent of the milling capacity in Kenya. Large-scale millers under the Cereal Millers Association make up 30 percent.