The Directorate of Criminal Investigation (DCI) has released names and images of 130 persons who are wanted for being the masterminds behind the hacking of banking systems in Kenya.

The DCI is calling on the members of the public who have knowledge of the whereabouts of the suspects to report either to the DCI or the nearest police station. 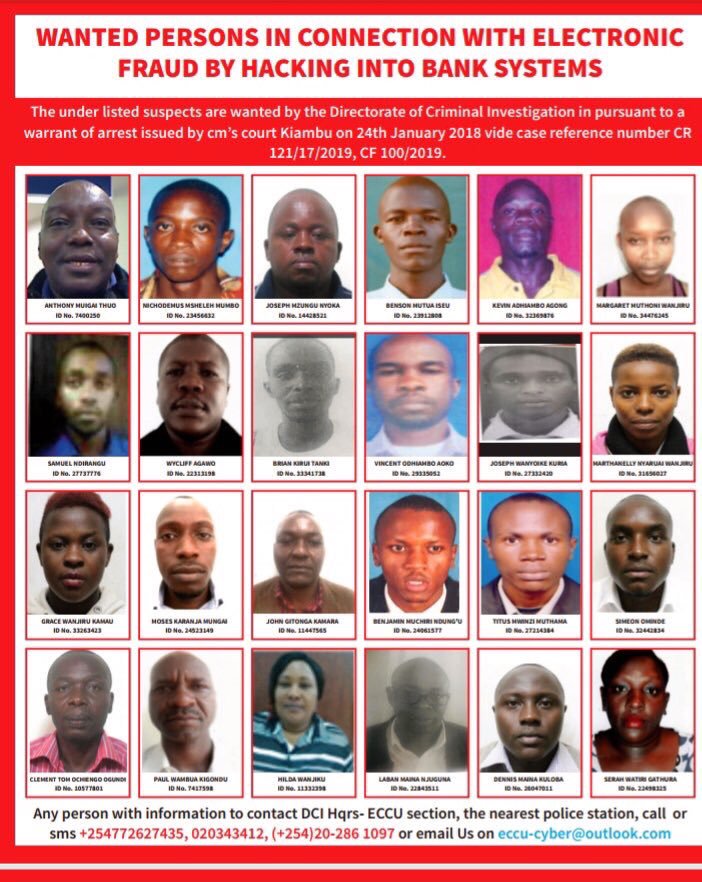 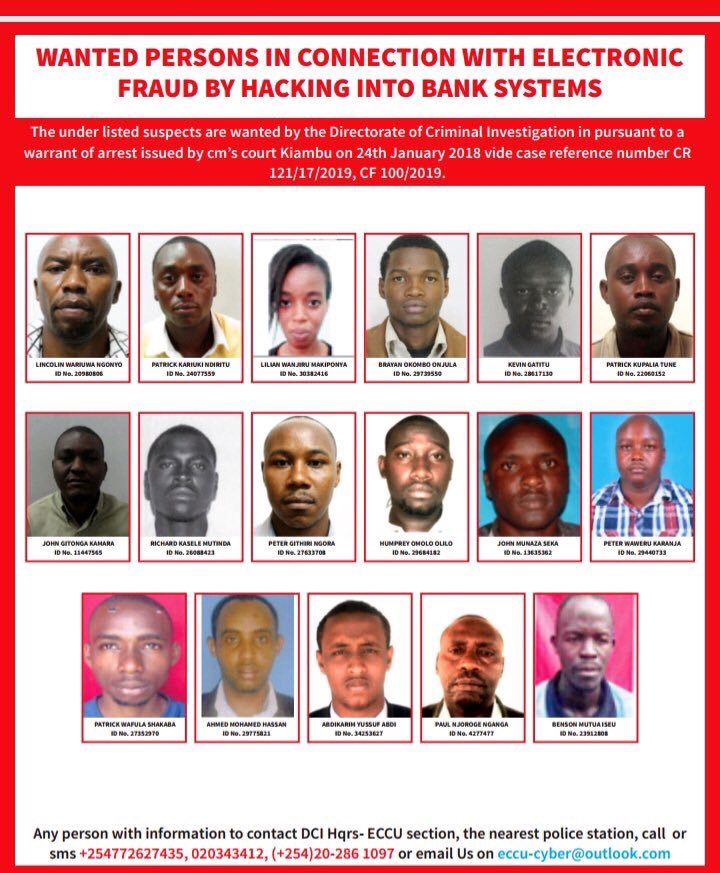 In 2017, the National Bank of Kenya hit the headlines after it confirmed that hackers had gained access into its systems and made away with a whopping 29 million shillings. The bank, however, did not disclose in details how the security breach happened.

In June 2018, Kenyan banks were believed to have lost at least 86 million shillings in a spun of one month with two lenders being hard hit leading to termination of their mobile and online banking.

In 2017, Kenyan banking sector is said to have lost more than 21 billion shillings to hackers, news that sent panic among those who bank with respective banks.

In 2018, angry Kenyans took to social media platforms to complain after the majority of them lost millions of shillings on daily basis following a string of fraudsters who were swapping their lines and accessing their mobile money platforms.