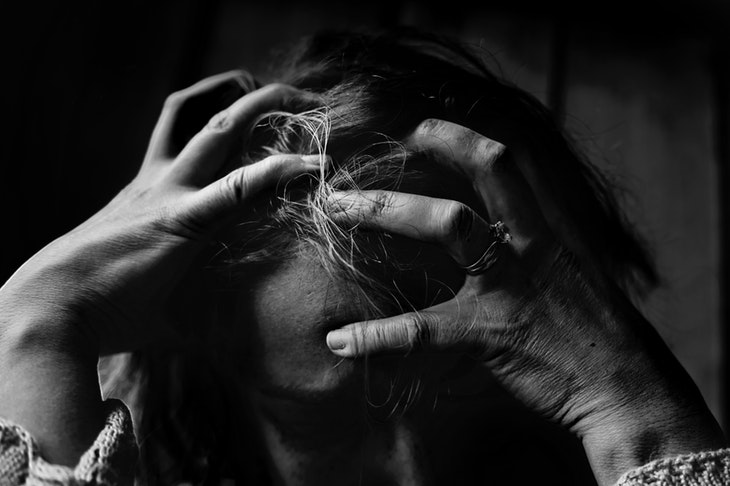 Depression causes severe symptoms that affect how one feels, thinks, and handles their daily activities changing one’s pattern drastically on how they eat, sleep and even work. For one to be diagnosed with depression, the symptoms must be present for at least two weeks or more.

Kenya ranks at number six in most depressed people in Africa and this is supported by the huge number of outpatient cases handled at Mathari hospital averaging at 800 cases on a weekly basis.

Depression is different depending on its triggers and circumstances leading to huge numbers of suicidal cases. Below are different types of depression to watch out for:

Bipolar disorder is a little bit different though gets included in depression since the patient also experiences extreme mood changes which characterize depression.

When a person with bipolar experiences very low moods, s/he is said to suffer bipolar depression.

Women are mostly affected by the bipolar disorder at 55 percent, a condition that is blamed on the regular hormonal changes they have to undergo while men account for 45 percent globally.

The number of people suffering from bipolar globally has spiked by a worrying 15 percent for the last decade.

Dysthymia which is a persistent depressive disorder lasts for at least two years and includes highs and lows of moods with severe and slight recurring symptoms.

Symptoms of dysthymia must last at least two years for one to be considered a patient.

Postpartum depression is experienced by mothers after delivering their unborn babies and is an extension of what is commonly known as ‘baby blues’ which is mild depressive and anxiety symptoms that clear within two weeks after delivery.

Postpartum depression may make it difficult for a mother to nurse her child and should never be ignored as the mother poses danger to herself and the child.

Postpartum depression includes extreme anxiety, sadness, exhaustion and mental breakdowns where the mother is tempted to cause harm to the newborn or her.

Psychotic depression is a severe form of depression where a person experiences delusions, hears or sees things that upset them yet others cannot see or hear the same, often called hallucinations.

The depression presents certain themes such as delusions of illness or poverty or guilt.

The seasonal affective disorder is rare in Kenya and mostly occurs in countries with extreme climate changes.

The seasonal affective disorder is characterized by social withdrawal, weight gain and excessive sleep and returns on the winter season.

Main Causes of depression amongst Kenyans

Kenyans have been ranked as 6th most depressed people in Africa and being a Kenyan myself, the statistics are not lying considering the recent rise in suicide cases. Why are the majority of Kenyans depressed?

Though it mostly boils down to financial problems, there are other causes not necessarily financial and since one has to identify a problem to solve it, we list down most cited reasons for suicide and depression amongst Kenyans.

Gainful employment gives one a purpose and keeps the mind engaged, Kenya’s unemployment rate stands at 39.1 percent according to the World Bank and these figures could actually be worse on the ground.

Lack of employment makes it difficult for one to afford a basic need which is quite indignifying.

Kenya has been termed as a gambling nation in recent years with a high rate of unemployment compounding the problem.

76 percent of Kenyans are gamblers while 54 percent of those come from financially low backgrounds.

“The betting industry is unregulated and is destroying children, families, and livelihoods,” Interior Cabinet Secretary Fred Matiang’i said when announcing that all betting firm licenses would be canceled on 1st July till taxes got paid.

Kenyans gambling appetite has seen most lose big to the extent of life savings and when there is nothing to bet on anymore, they commit suicide and fall into depression, unable to come into reality with their loss.

The recent cases of suicide are entangle in failed relationships and children-parent disagreements.

This proves unsolved underlying issues and calls for parents to regularly counsel their children. Television and the internet have also been adversely mentioned in a number of suicide cases and parents need to monitor the content their children are exposed to.

The cost of healthcare services in Kenya is too high for a majority of the citizens and lack of great insurance cover has Kenyans living in fear of diseases.

Lack of Access to Healthcare for Depressed Patients in Kenyans

By the year 2030, the World will have spent 16 Trillion Dollars to treat mental disorders with the cases on a worrying rise.

In Kenya, only 14 counties out of the 47 have at least one hospital offering mental healthcare services. The 14 hospitals are in Nakuru, Nairobi, Embu, Nyeri, Kisumu, Kisii, Isiolo, Meru, Kiambu, Siaya, Kirinyaga, Machakos, Murang’a and Uasin Gishu.

The number that has access to mental healthcare stood at 86,586 by 2017 with every 2 in 5 in-patient cases in health institutions in Kenya suffering from mental disorders.