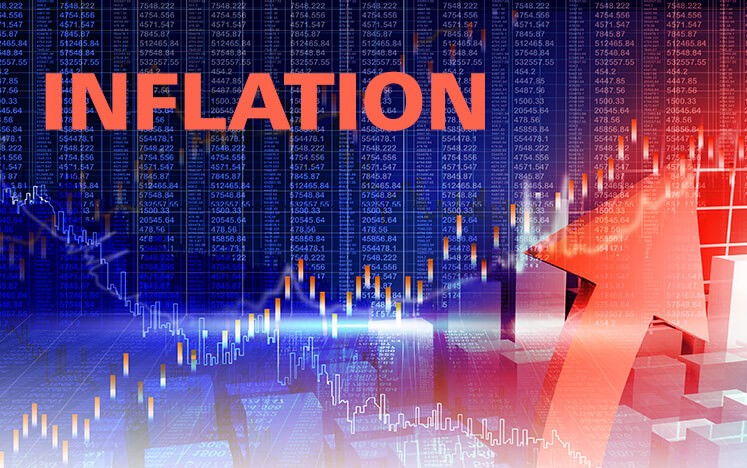 The sharp increase in food prices coupled with the failure of the much-expected long rains forced Kenya’s inflation for the month of April to a 19-month high.

According to the report released by the Kenya National Bureau of Statistics (KNBS), the Y/Y inflation rate for the month of April rose to 6.6 percent from 4.4 percent recorded in March.

“The inflation rate for April was higher than our expectations of a rise to 4.6 – 5.0 percent,” said Cytonn Investments in their weekly report.

The variance in the inflation rate was as a result of an 8.2 percent y/y rise in the food and non-alcoholic beverages index against our expectations of a 3.6% rise.

Month-on-month inflation came in at 3.5 percent.

During the month, there was a 6.9 percent rise in the food and non-alcoholic drinks’ Index, due to the drought conditions, which caused an upsurge in the cost of food with the highest risk being recorded in the prices of sifted maize flour that increased by 29.8 percent.

The month of April experienced a 0.9 percent rise in the Transport Cost index due to a rise in the pump prices of petrol and diesel.

In April, there was a 0.9 percent rise in the housing, water, electricity, gas and other fuels’ index due to the higher cost of house rents and some cooking fuels.

Partly contributing to this, were prices of domestic consumption of electricity that increased by 0.1 percent for both the 50 KWh and 200 KWh, on account of an increase in fuel cost and inflation adjustment charges. House rents increased by 0.3 percent. 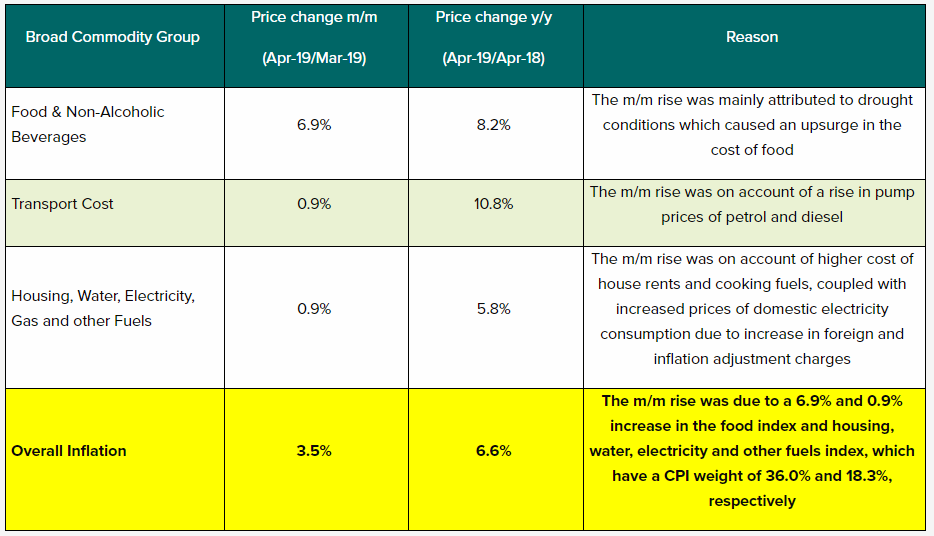