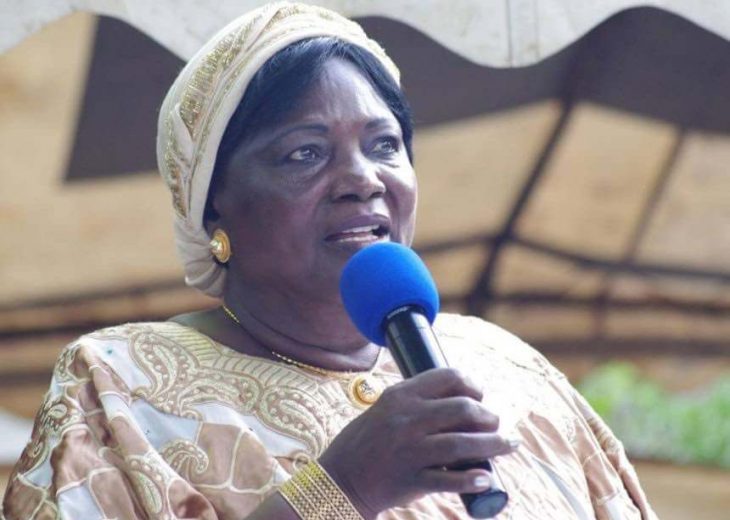 Kenyan taxpayers pay Mama Ngina Kenyatta, the wife of Kenya’s first president, over half a million every month simply because she was wife to the late Jomo Kenyatta.

All of Jomo Kenyatta’s children, grandchildren, and relatives occupy executive positions either in parastatals or in the government, this does not seem to deter Mama Ngina from receiving over half a million from the taxpayers’ kitty every month.

Mama Ngina is reported to have begun receiving the hefty monthly salaries in 1978 leaving one to wonder if Lena Moi and Lucy Kibaki were alive, how much they would be receiving from the taxpayers for having been married to men who became presidents in the country.

Should wives of former presidents be paid or not remains to be a hot debate with the revelation of how much Mama Ngina, being the only living wife of a former president, pockets every month.

On top of pocketing over half a million for no defined responsibilities or duties the listed high ranking individuals enjoy benefits such as entertainment, fuel, aide and medical allowances at the cost of the taxpayer who cannot afford treatment in the taxpayer built public hospitals.

They are open to holding other offices within the government that allows them to pocket salaries despite receiving these exaggerated ‘retirement perks’.

In the current financial year, 1.5 billion shillings has been set aside to quell their retirement perks at the taxpayer’s cost.

President Uhuru is set to receive 1.18 million shillings every month upon retirement in 2022 with his deputy, William Ruto also set to join the retirement perk.

Kenyans are shocked at the realization with most of them stating that no wonder President Uhuru in a recent event stated that he could not understand why Kenyans had no money in their pockets and that ‘Kenyans’ are broke because their leaders are sucking them dry.

Below are a few sentiments:

Mama Ngina Kenyatta’s husband took all the land that was left by colonialists, that family is like our modern colonial government with their boy in State House. Now you mean we still pay her half a million every month. the hell???!!!