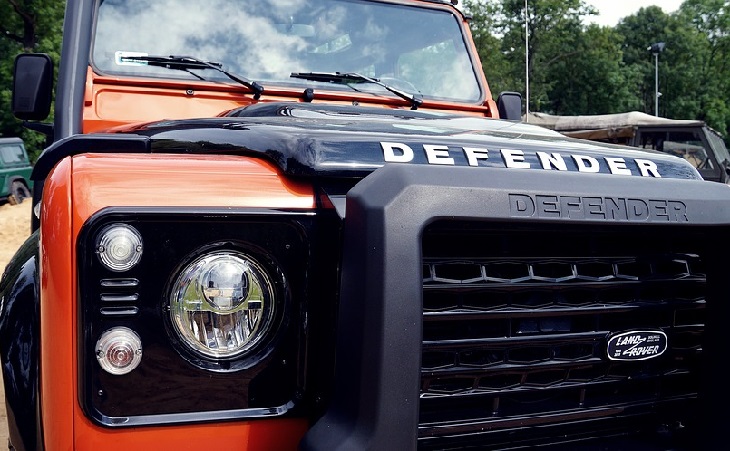 For most of us, telling an insurance company that we park on the street outside our house pushes up premiums, but for owners of new Range Rovers, it could make their car uninsurable. A spate of thefts means that some insurers are refusing to cover Range Rover owners unless they have somewhere secure to park their car.

The market for new and reconditioned Japanese cars is huge in Kenya. However, with the growth of people’s interest in buying and selling automobiles, a black market for stolen cars is on the rise too. According to the 2017 Economic Survey, the year 2016 saw a 22 percent increase in the motor vehicle theft rate in Kenya.

Sadly, there doesn’t seem to be any abatement in the number of Land Rovers being stolen. Spend any amount of time on social media and within a day you’ll see at least a couple of mentions.

Land Rovers have always been the target of thieves. So we know there’s an issue, but why aren’t people doing more about it?

‘The police should do more to catch thieves,’ is often shouted. But, hey, what about preventing the thefts from happening in the first place?

‘If a thief wants it, they’re going to have it,’ is the reason some give for not securing their vehicle. But isn’t that just making life easier for a thief?

The first thing to remember, though, is that if you are a victim of crime, you are just that. A victim. It is not your fault. You didn’t make the thief take the vehicle.

The land rover defender features prominently on the list of cars being stolen over the past two decades. Its design stems from the ’80s and as such its security hasn’t moved on, in fact in standard form it has moved backward.

As such, this has pushed it to be the second most stolen car in the UK after the humble Ford Escort. Even at that, these cars fell out of production more than a decade ago. Do you notice the theme here?

Even as manufacturers improve the security systems of cars, like the introduction of keyless entry and ignition designed to make cars impenetrable, thieves are also improving their skills and technology in tandem.

In older cars whose doors are opened and ignitions switched on by key, gaining entry using a wire and hotwiring the ignition are the most preferred ways of stealing.

It is believed that criminals are stealing these high-value vehicles to order as it is easy for them to gain access by ‘hacking’ into the keyless entry systems with equipment that can be purchased over the internet and which costs around £30.00, enabling them to bypass the vehicles ignition system. Owners of such vehicles, please take extra care and ensure that your vehicle is properly locked when leaving it unattended.

The theft of Range Rover, Range Rover Sport and other Land Rover vehicles fitted with Keyless Entry Systems is rising dramatically, particularly in London and the South East of England.

What was thought to be a foolproof system to foil criminals from stealing vehicles has now turned out to be an easy task for them in an operation which can be carried out within seconds and is achieved without any damage to the vehicle whatsoever. There is, however, a simple remedy that owners can take which will deter thieves and make them think twice about stealing a vehicle.

Land Rover security on older models is pretty poor, and it’s fairly easy to get around. Newer Land Rovers are much better, but they face different problems, with thieves stealing them by hacking the electronics.

Keyless cars are increasingly being targeted by organized gangs who are taking advantage of weaknesses in vehicle security systems. Once stolen the vehicles are often shipped abroad or cut up and sold for parts in illegal garages.

So, what can you do to protect your Land Rover?