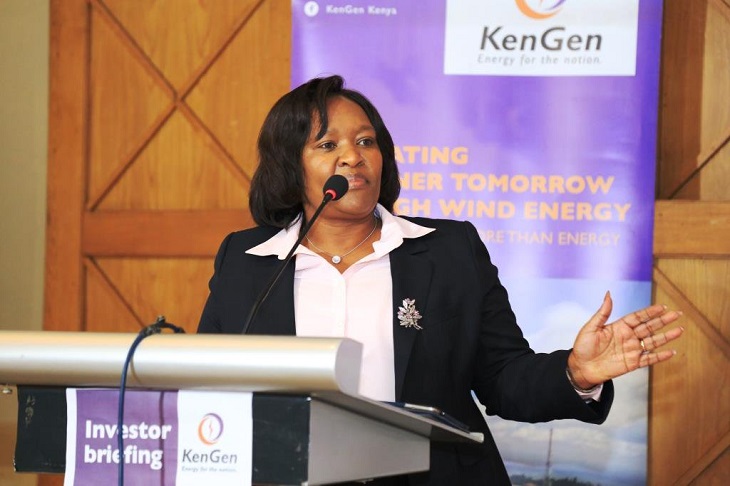 Kenya Electricity Generating Company (KenGen) has extended the term for the current Managing Director, Rebecca Miano by three more years in a statement released by the Board.

While making the announcement, the Board chairman Joshua Choge said: “During Mrs. Miano’s three-year tenure, the company has continued on an upward growth trajectory, consistently reporting good corporate financial performance despite a difficult operating environment that has affected many other businesses globally.”

Miano too over the helm of KenGen in November 2017 replacing  Albert Mugo who retired on Friday 25th August 2017. She became the first woman to hold the position since the company was established on 1 February 1954 and has been hailed as “exemplary.”

According to the Board, through her “exemplary performance”, the company has been able to pay dividends of 2.6 billion shillings to shareholders for the financial year 2018, followed by the successful final redemption of the listed KenGen Public infrastructure Bond in October 2019.

She holds a Bachelor of Law Degree (LLB) from the University of Nairobi, Diploma in Law (Kenya School of Law), and Post Graduate Studies in Comparative Law (University of Australia). She is a Registered Certified Public Secretary Kenya (CPS –K) with the Registration of Public Secretaries Board.

KenGen generates electricity and then sells it to Kenya Power and Lighting Company for distribution.

READ: Five Ways Spouses Can Come Together to Manage Their Finances