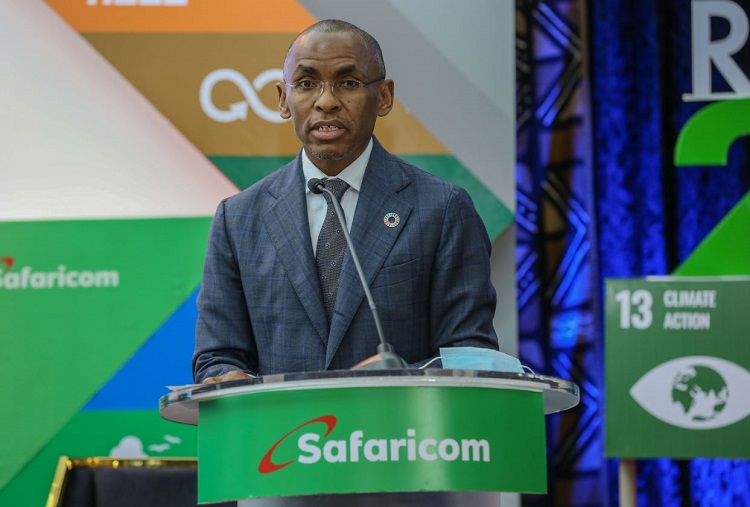 The giant telecommunications company, Safaricom, has maintained its position as the single largest contributor to Kenya’s gross domestic product (GDP).

In a period of 12 months, for the year that ended in March 2020, Safaricom contributed 654 billion shillings to Kenya’s economy, equivalent to 6 percent of Kenya’s GDP.

“Safaricom has played an important role in Kenyan society for the last 20 years and I am eager to see that role expand as we continue to identify and exploit new opportunities in critical areas like agriculture, health, and education,” said Safaricom CEO Peter Ndegwa.

At the same time, Safaricom sustained more than one million direct and indirect jobs in the last financial year sustaining lives and cutting down on the unemployment crisis in Kenya. The company sustained 1,013, 728 jobs up from 979,000.

The report also shows that 74 percent of the telco’s total spend in the period under review went to supporting local suppliers up from 67 percent in the previous financial year.

“Since 2012, we have been documenting our sustainability journey because we believe in holding ourselves accountable by sharing our successes, our challenges, and our constraints in a public, transparent, and open manner.

We also publish this report because we believe that we have a duty to raise awareness of the sustainability challenges we face as a society and to ensure that these remain part of the discussion in Kenya and internationally”, Ndegwa said.

In recognition of the importance of the private sector’s contribution to the SDGs, the telco also launched the Safaricom Sustainable Future thought leadership series.

The platform aims to bring together business leaders to discuss how to tackle some of the most pressing challenges of this decade including climate change, gender, inequalities, and ecosystem degradation.

READ: Dear You, Here Is How To Stay Healthy With Busy Schedules

Missed Calls, Your Phone Model, The Reason Why You Can’t Get A Loan