Waiver On Ksh 1000 And Below Mobile Transaction To End

Kenyans who have been enjoying a waiver on the Ksh 1000 and below transaction via M-Pesa and other mobile platforms have until January to enjoy the favor according to the statement released by the Central Bank of Kenya (CBK).

For 12 months, Kenyans have been sending Ksh 1000 and below without being charged any fee by mobile platforms such as M-Pesa following a directive by CBK that sort to cushion Kenyans against the pain and impact of the Covid-19 pandemic.

The new announcement by CBK indicates that free transaction of Ksh 1000 will come to an end in January 2021, bringing to an end the grace of Kenyans who took advantage fully in avoiding to pay fees even for the amounts that were above Ksh 1000.

“A significant increase in mobile money usage has been noted over the period the measures have been implemented, demonstrating that they were timely,” said CBK in a statement to the media.

“The monthly volume of person-to-person transactions increased by 87 percent between February and October 2020,” added CBK.

Instead of waiving transaction fees for Ksh 1000 and below, CBK has now directed mobile money service providers to waive fees for the transaction of Ksh 100 shillings and below. At the same time, the free transactions from mobile wallets to bank accounts and vice versa will remain free. 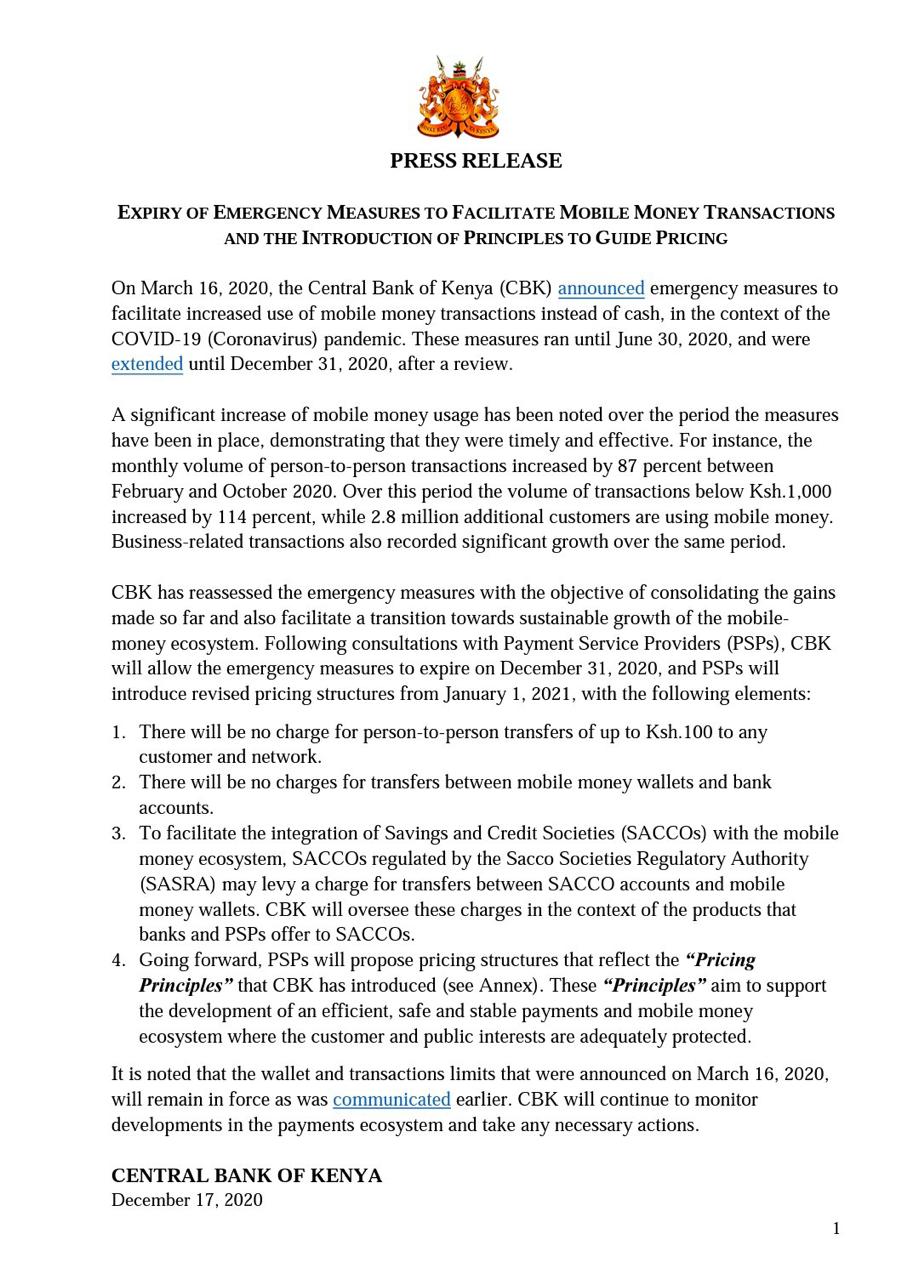 The Benefits of Hiring a Lawyer