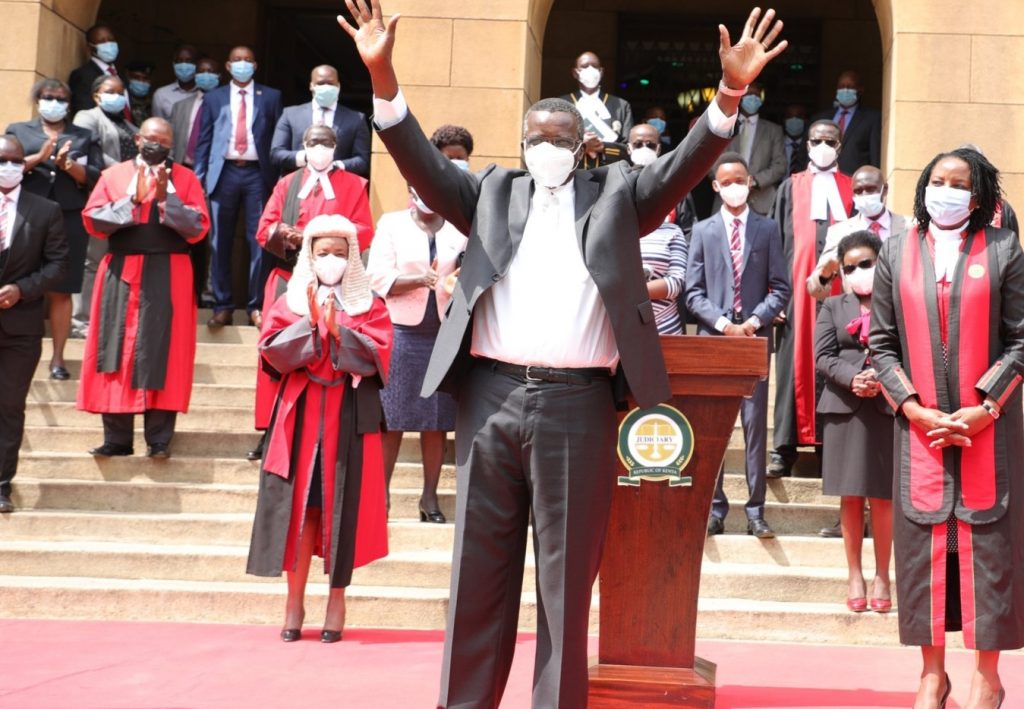 David Maraga is now a retired Chief Justice after he officially handed over instruments of power and proceeded to retirement.

Maraga goes into retirement with his head held high, to be remembered as a man who stood against the bullying from the Executive and a man who spoke his mind.

Justice Maraga will be remembered for overturning a presidential election in 2017 where President Uhuru Kenyatta and his deputy William Ruto had been declared winners.

As he leaves, he told his fellow judges “if slip and this country descends into chaos, God will never forgive you.”

Magoha has now handed over instruments of power to his deputy Philomena Mwilu will now act as Chief Justice.

“Do what is right, then God and the people of Kenyan will defend you,” said Justice Maraga.

Maraga leaves after advising President Uhuru Kenyatta to dissolve parliament for failing to pass the 2/3 gender rule as provided for in the Constitution of Kenya.

READ: Why You Need A Medical Cover During Your Retirement

David Maraga has been a Chief Justice of Kenya for a period of four years. In an earlier interview, Maraga called on Kenyans to pray for the next CJ because the job is not for the faint-hearted.

“Say no to impunity and maintain the rule of law,” he said.

The race to have the next Chief Justice has now officially started. The Acting Chief Justice Philomena Mwilu is also in the race although analysts say her chances are minimal.

The next Chief Justice will have to have a more thick skin than Maraga given that Kenya is headed to one that might be one of the most controversial elections.

Already, political divides have started speculating on who should take over from Maraga. President Uhuru Kenyatta has always been against the Judiciary through the “we shall revisit” slogan.

Will the next Chief Justice be as bold as Maraga?

READ: Covid-19 May Have Driven 100 Million People Into Extreme Poverty

Compensation For Serious Covax Vaccines Side Effects Approved By WHO

List Of County Assemblies That Have Passed The BBI