Was Hulk Overrated Because Of His Crazy Nickname?

He was one of Brazil’s promising talents. He has an absolute rocket of a left foot that terrified goalkeepers but now he has fallen into football obscurity. 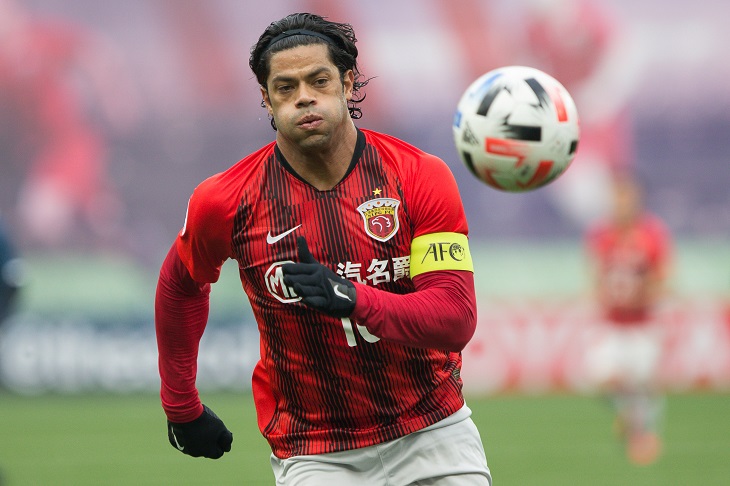 He was one of Brazil’s promising talents. He has an absolute rocket of a left foot that terrified goalkeepers but now he has fallen into football obscurity. What do you think happened to the physical Hulk?

Ronaldo, Ronaldinho, and Neymar Junior, these players have become an absolute icon inside Brazilian Football. But what do they have in common? They all became stars in Brazil before making big money moves to Europe. For most Brazilian players it’s the only way to succeed but Hulk is not like most Brazilian players.

As a teenager, the wild football fans around the world while playing for Japan. Hulk lived up to his ethic nickname by smashing in 74 goals in 111 appearances. He was an absolute beast. This performance led him to Fc Porto in 2008.

He enjoyed the most successful years in his career. 4 league titles, 3 Portuguese Cups, 1 Europa League Trophy. It was an absolute dynasty for the Brazilian. But above all Hulk formed a lethal partnership with his fellow striker Radamel Falcao.

The two deadly strikers combined for 155 goals for over two seasons. Some of Europe’s bigger teams started to take notice, Chelsea, Arsenal, and even Real Madrid were rumored to be interested in Hulk.

Finally, in 2012, Hulk left Porto for a huge 40million dollar fee, his news club Zenit Saint Petersburg. Fans around the world were stunned. Zenit wasn’t a bigger club especially compared to the huge teams that were interested in him but Porto only owned a percentage of hid rights and sold him at the highest bidder.

It was a shame for his career. So, Hulk began a new journey in Russia but his huge wages caused misunderstandings in the locker room and racist Russian fans used him as the scapegoat when the club failed to perform. He even had a fallout with his manager Luchiano Spalletti.

It is safe to say that Hulk was living a nightmare in Russia. Just 6 months after arriving he pushed for a transfer but instead of the living, he won over his manager, teammates, and fans in the only way he knew how by smashing in goals. Hulk contributed in 76 goals and 60 assists for Zenit across all seasons that led them to 1 League Title, 1 Russian Cup, and 1 Russian Super Cup. These days you can find him playing for Shanghai SIPG in China averaging just under 2 goals per game.

Hulk has always been a good goal scorer but as a 32-year-old it means his chance for playing in a big Europe has already passed him by. So, what do you think? Did he miss a chance to become the world’s best player or he was just overrated because of his crazy nickname and his impressive shirt?

READ: Why Oscar Chose His Family Over His Career