Are Women Taking Advantage Of Men To Demand More?

A man planned a robbery attack on his fiancée in Mathare after giving her a sum of two hundred thousand shillings which he claims was just for her clothes and shoes. 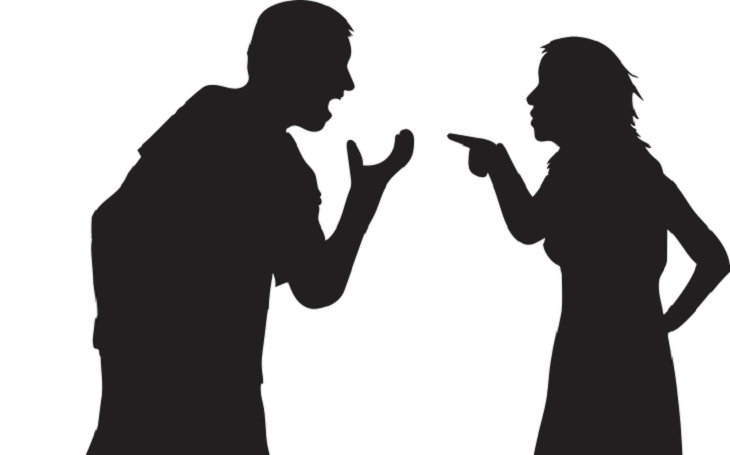 How often does your woman ask for money? Well, maybe the right question would be do they have the exclusive right to receive whatever they ask for from men?

Recent complaints from men who say they are tired of these habits have sparked these questions, which brings forth another question whether or not being responsible covers the aspect of satisfying every need of your woman. I mean every need.

A shocking incident at Mathare North three days ago proves that many women out here are not giving their men a chance to breathe on financial issues.

A man planned a robbery attack on his fiancée after giving her a sum of two hundred thousand shillings which he claims was just for her clothes and shoes.

Apparently, this was his four-year savings and had planned on a development project in the village. At the same time, he did not want to lose the love of his life, so what other option did he have? He pointed this out to a police officer when investigations pointed down to him.

Read More: Dear Men, Here Are Top 10 Things That Attract Women To You

Some said it was just normal because these daughters of Eve can never be satisfied. So this means given a chance most men would do these to their women.

What could be the problem ladies? The allegations that you are giving these men headaches are getting louder. It’s even worse for some men who cannot take it all in and end up committing suicide when they are not able to meet the demands.

It’s not surprising how most married women nowadays treat their husbands like slaves. They have become the total say in the house and expect their men to do as they say without any objection.

It’s not like am taking sides with men, but it’s high time for women to realize that as much as they have a say in that marriage or relationship, they should give their male partners a chance to perform their duties and responsibilities without interference. Some men already know what to do and do not expect to be driven crazy.

Come to think of it, why do men run away leaving their families in agony with due rent arrears and no food to start a new life somewhere else? They are in search of peace and understanding which their current partners lack.

These men are human and cannot do all if you don’t stand by and support them. That’s the character of a good and real woman.

I think the best thing is to know your place as a woman in that marriage or relationship and get your space. Give him some breathing space and make him feel calm even if he has not fulfilled your request, it is in his mind and he’s working tirelessly to ensure you have it, especially if you are not helping to support the family financially in any way.

Well, you might argue that the economy is high so the rate of giving as well as the amount given has to increase. Yes, but you need to be realistic in your requests. And not that it should not be a demand but a request.

Read More: What Is Killing Our Men During Sex?

Some women even threaten to quit if they don’t get what they want, well many have quit but wherever you go know they are the same men and if you don’t change your mindset then you’ll walk the whole globe without any peace.

Who said the ideal role of the man is to give, I mean we are in the twenty-first century where it could be fifty, thirty seventy, or even twenty eighty provided your also supporting and not just sitting around lazily waiting for your man to bring.

When did we stop becoming the women of power we preach to be. What most women do is so ironic to “what a man can do a woman can do better”.

For married women, our children depend on us for guidance, now what direction are we giving them because there’s always going to be a fight whenever demands go unfulfilled at the desired time.

Women demand a lot that cannot be fulfilled by these men.

Woman, take your time to understand your man and his abilities.  Do not compare and expect him to do for you what you see on TV or what some other man does to your friend. Your life and relationship are a reality and not a fantasy.

Read More: Woman Stabs 3 Men Who Fought Over Her, Sucks Their Blood