The company’s market value went from 242 billion dollars to 238 billion dollars, the Nasdaq index and the New York Stock Exchange showed. The shares continued to drop on Wednesday, falling by 1.34 percent to 54.67 dollars. 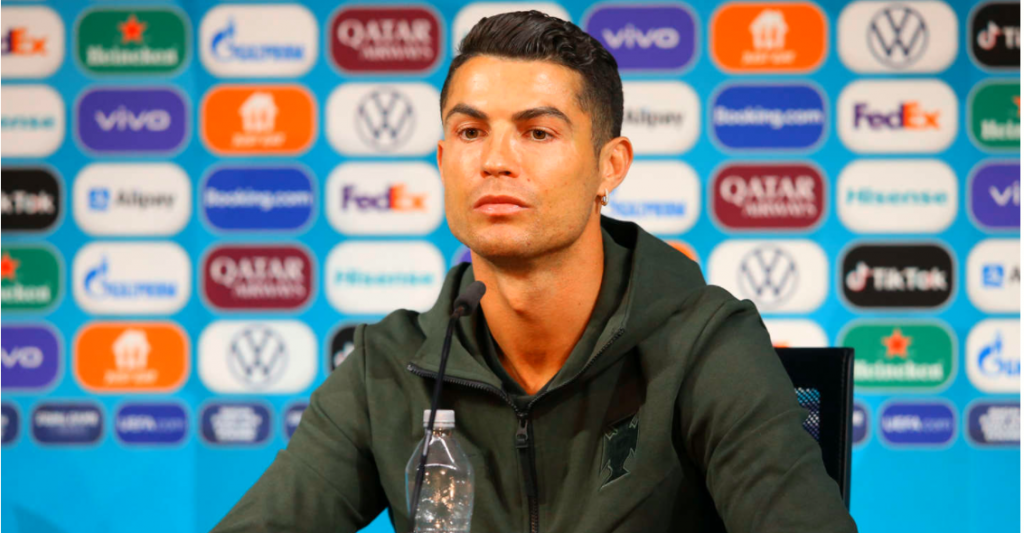 During a press conference at the European Championship on Monday, soccer star Cristiano Ronaldo pushed aside two Coca-Cola bottles placed in front of him before he sat down and opted for a bottle of water instead.

“Água,” he said in Portuguese, placing a bottle of water before him – a simple gesture that seemingly urged everyone around the world to do the same.

The simple act conjured a swift and dramatic effect. Coca-Cola’s market value sunk by 4 billion dollars, highlighting the power and impact celebrities and renowned influencers have on brand marketing.

Ronaldo, 36, who has a massive following of almost 300 million on Instagram usually maintains strict physical and eating regimens and has, at one time criticized the consumption of soft drinks.

The shares continued to drop on Wednesday, falling by 1.34 percent to 54.67 dollars as shown below: 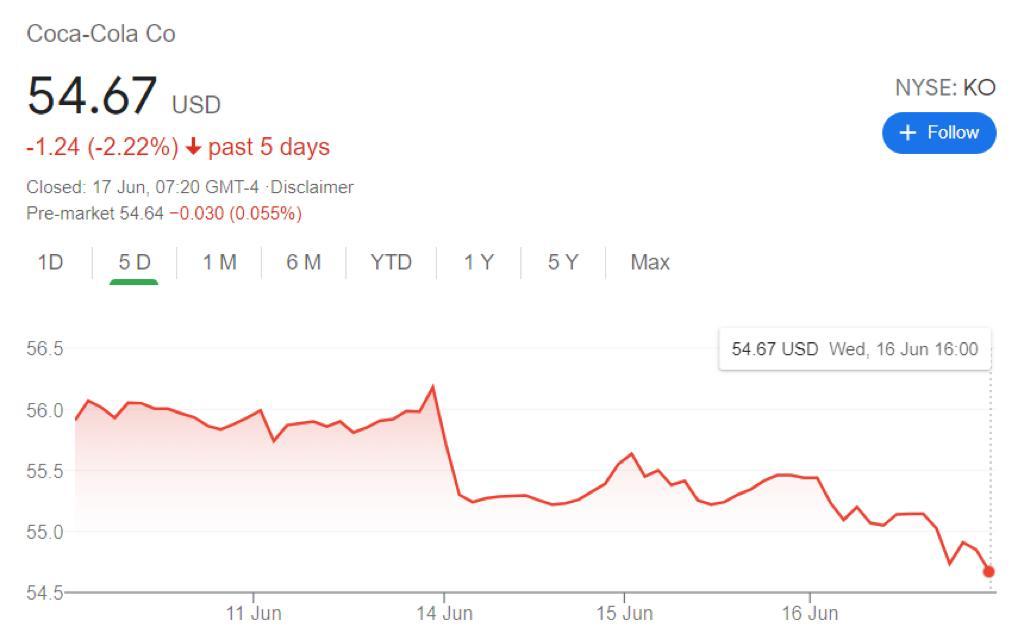 In response to the unintended impact, the Union of European Football Associations (UEFA), the governing body for soccer in the region, issued a brief statement noting that soccer stars are usually offered water, Coca-Cola, and Coca-Cola Zero Sugar at press briefings and they can have their preference.

“Coca-Cola offers a range of drinks to suit different tastes and needs, which are available to players throughout the tournament,” the statement added.

The company’s spokesperson, in an email to The Washington Post said that they “did not have anything further to add,” to the UEFA statement. Coca-Cola is an official sponsor of Euro 2020.

Ronaldo has previously expressed his aversion to soft drinks. During an event, he admitted that he was furious at his sons when he caught them drinking Coca-Cola or Fanta.

Other superstars and social media influencers have, in the past, also rocked a product’s value within minutes. Take billionaire Elon Musk, for instance, in May, he tweeted that Tesla, which manufactures electric vehicles, was suspending car purchases using Bitcoin. The simple tweet saw hundreds of billions of dollars wiped off the cryptocurrency market.

Consequently, positive Twitter posts from Musk and other celebrities prompted a major boost to the market value of Dogecoin, a different cryptocurrency, which has been dubbed the “Elon Effect.”