Top 10 Money Market Funds In Kenya As Of September 24

The average yield of the Top 5 Money Market Funds increased marginally by 0.1 percentage points to 9.9 percent, from 9.8 percent recorded the previous week. 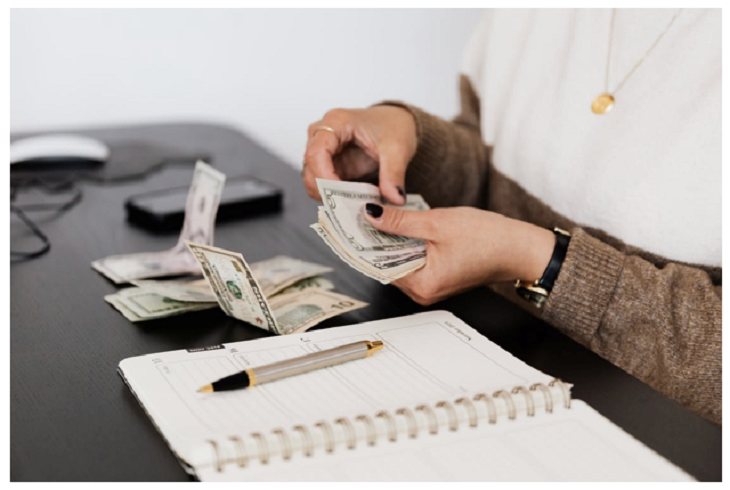 In the money markets, 3-month bank placements ended the week at 7.7 percent while the yield on the 91-day T-bill increased by 2.6 bps to 6.9 percent.

The average yield of the Top 5 Money Market Funds increased marginally by 0.1 percentage points to 9.9 percent, from 9.8 percent recorded the previous week. 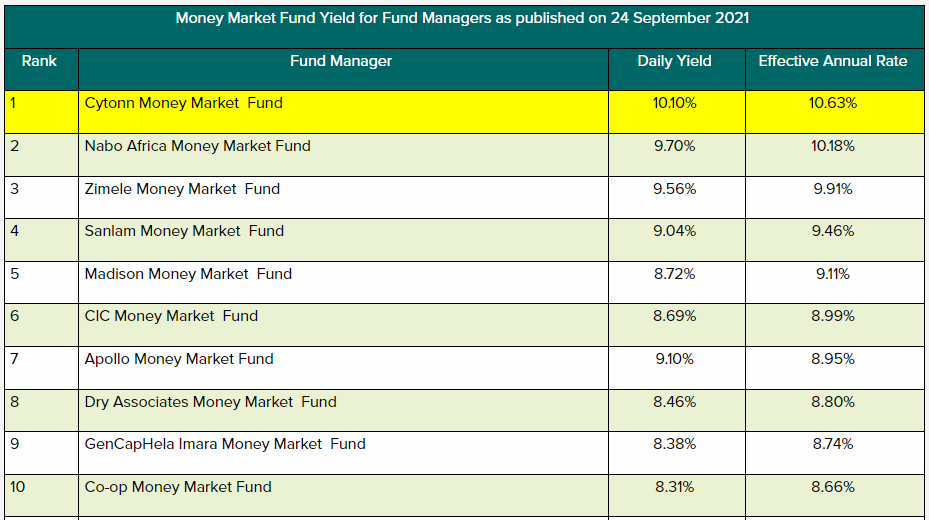 At the same time, during the week, liquidity in the money markets tightened, with the average interbank rate increasing by 2.0 percentage points to 6.1 percent, from 4.1% recorded the previous week.

The performance was partly attributable to the tax remittances which offset government payments made during the week. The average interbank volumes declined by 2.0% to Kshs 16.9 bn, from Kshs 17.2 bn recorded the previous week.

Rates in the fixed income market have remained relatively stable due to the sufficient levels of liquidity in the money market.