Trace went ahead to caption their upcoming conversation as "Exit Gengetone, enters Amapiano," but wakenya ni nani, Kenyans who love Gengetone are up in arms. 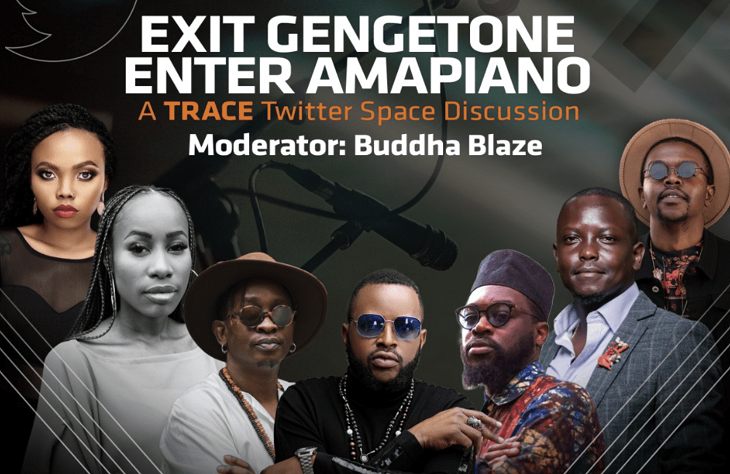 In hyping for their upcoming Twitter Space, Trace Music suggested that Gengetone was dead. The platform said “Two genres rose from the streets in different countries. As one sars to international levels, the others rest on its death bed.”

Trace went ahead to caption their upcoming conversation as “Exit Gengetone, enters Amapiano,” but wakenya ni nani, Kenyans who love Gengetone are up in arms. The way things are, Trace better find somewhere to hide and redeem themselves.

Prominent musician Eric Wainaina, visibly angry went for Trace’s neck. “As a Gengetone fan, I believe that platforms about the genre should prioritize Gengetone artists. I share the concern about the framing of Trace Africa’s discussion.”

Wainaina was set to be part of the panel that was to discuss the death of Gengetone. But the man is out. “I have ceded my spot. And remain available for constructive conversations that could benefit Kenyan music.”

Muthoni (@MuthiniDQ) did not have kind words for Trace. “This is TERRIBLE. TERRIBLE and also FALSE. Gengetone is not on a deathbed. Also, literally, no one on this panel creates or thrives in the Gengetone ecosystem. Yuk!”

Kenyan producer and artist Blinky Bill who was among those selected to the panel discussion appeared to drop the mic in favor of a Gengetone artist. “Just spoke to the peeps @TraceEastAfrica I wanna give my mic to someone from the Gengetone world to speak in tonight’s space,”.

With so much heat and backlash, the entity had to delete the tweet. Usicheze na wakenya nanii. They issued a statement, saying all are invited to join the discussion on ‘how best to propel sub-genres such as Gengetone to international heights’.

But the damage has already been done. One wonders, who lets some a conversation go out without considering what the “majority shareholders” will say?