List of Maternal Health CSR Activities Done by Sportpesa in 2021

The year 2021 might have ended, but Sportpesa isn’t stopping there. It has committed to continue to support community health facilities to ensure women have the best health care when giving birth and for their children. 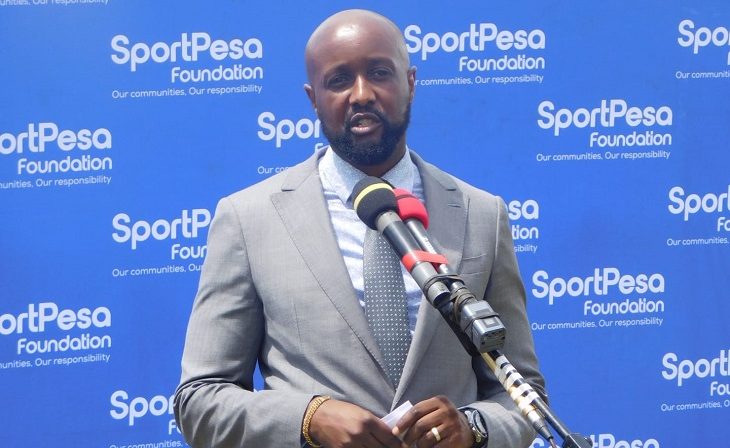 There is a famous quote by the former US President, Barack Obama that goes, “Change will not come if we wait for some other person or some other time. We are the ones we’ve been waiting for. We are the change that we seek.” Now, these might seem like ordinary words but to companies such as Sportpesa, they carry a heavy meaning.

In a nutshell, Obama was referring to giving back to the community, with however little one has. Well, no other company did this so well than Sportpesa in 2021.

Sportpesa is more than just a betting company. It is producing millionaires and at the same time nurturing youth talents and supporting community causes across the country.

Here is a list of the major maternal health CSR activities Sportpesa conducted in 2021:

SportPesa donated over Ksh. 800,000 to set up a maternity wing at the local dispensary. The company today delivered beds to start the maternity wing project at the Ndarawetta Dispensary, a public facility, as part of its Maternal Health support initiative launched in March 2021, when the world was marking International Women’s Day.

SportPesa donated six hospital beds with drip stands and supported the construction of a kitchen unit to serve the maternity wing, which was recently constructed by the management, with support from the community.

This followed a request by Limuru residents for a health center to offer all-around maternity services in the area following the conversion of Tigoni Hospital into a Covid Isolation and treatment center.

The SportPesa Foundation also broke ground for the construction of an ablution block to help start the Rironi Community Health Centre (RCHC) maternity wing and committed to supporting the hospital to convert its old outpatient ward to a maternity wing due to increased demand following the closure of the Tigoni Hospital.

SportPesa Foundation also committed to funding the construction of a new maternity ward at the Ankamia Dispensary.

The company donated Intensive Care Unit medical equipment to Longisa Hospital. The gesture, which was worth 1.2 million shillings was a boost to maternal health in the region and it also served to complement the hospital’s healthcare provision.

Longisa hospital was termed as the biggest oxygen manufacturing plant in the area and it supplies even private hospitals in the South Rift region.

SportPesa extended its continual support to maternal health care in the country at the Ruben Health Centre in Mukuru.

ALSO READ: Artificial Intelligence Technology You Can Start Using in Your Business

The facility was opened 20 years ago and the services include child welfare aside from the maternity facilities.

SportPesa Foundation teamed up with AIC Olasiti Dispensary in Narok County to advocate for hospital deliveries that are deemed less risky than home births.

To further this agenda, the foundation donated equipment to the dispensary to sustain its services as women in that community gradually adopt hospital births. The equipment included ward and delivery beds among others.

The company has also contributed toward fundraising for the construction of a general ward block to cater to female and male patients.

The health center received delivery beds, maternity ward beds, and an incubator from SportPesa Foundation. This was been done under the company’s maternal health care program launched in March 2021.

In addition to the equipment, SportPesa Foundation donated sanitary towels which were distributed by the health facility and local community representatives to avert ‘sex for pads’ predatory behavior in the area, where vulnerable women who are unable to afford sanitary towels are preyed on by men for cash to purchase these necessities.

The mission hospital received various equipment to boost its maternal unit services, which went a long way to ensuring women from the community receive adequate healthcare.

SportPesa supported the hospital by donating baby cots, incubators, neonatal rescucitaire among others worth more than Ksh1.7 million to the hospital.

Sportpesa gave a donation amounting to Ksh. 1.7 million as part of its contribution to making the facility’s new maternity wing functional.

SportPesa Foundation, Anthony Waithaka Foundation, and players in the Wazee Pamoja League joined hands to improve the infrastructure of Jericho Health Centre with a donation of medical equipment and refurbishment of the facility.

The hospital in Makadara Sub County had a new incinerator installed, an ambulance drive, and a footpath constructed creating a comfortable surrounding for the medical facility that serves more than 100,000 people in the community.

Well, the year 2021 might have ended, but Sportpesa isn’t stopping there. It has committed to continue to support community health facilities to ensure women have the best health care when giving birth and for their children.

Moreover, the company, during the year also engaged in supporting various football teams in Kenya, supporting girls for menstrual health, and donating kits for grassroots teams in various counties.

Enough said. Sportpesa is giving back to society in a big way! And as Albert Einstein once said, it is every man’s obligation to put back into the world at least the equivalent of what he takes out of it.