At its peak, Mumias controlled 60% of the local sugar market, had thousands of employees, and over 50,000 registered out-growers who supplied it with sugarcane.

Just how was the lowest bid, which will invest the least money into Mumias, leaving farmers and other debtors unpaid while taking a decade to pay KCB back was chosen?

Mumias Sugar Company was one of the economic giants and pillars of Western Kenya and the country at large. This was the “signature tune” of sugar manufacturing in the country and was a mark of pride, economic empowerment, and a sense of ownership.

The company provided employment opportunities for thousands of Kenyans who worked in the main factory, in the farms, and as drivers. At the same time, thousands of farmers from the region earned their livelihood and built the future of their farming through sugarcane farming. At its peak, Mumias controlled 60% of the local sugar market, had thousands of employees, and over 50,000 registered out growers who supplied it with sugarcane.

When the company collapsed, people lost their jobs. Farmers’ lives were shuttered with a lot of them left hopeless, and there are even numerous reports of those who committed suicide as a result. Their source of livelihood was gone, probably forever without even paying them their dues.

Today, when you drive through Mumias, past a small market called Shibale, you will witness the true meaning of devastation and economic meltdown after the collapse of Mumias Sugar Company. The place is no longer joy but signs of pain and frustration.

Therefore, when news broke out that Mumias Sugar Company was to be handed over to other able investors to revive it, pay farmers, other loans, and give people back their jobs, people saw the white smoke of hope. They knew that at long last, their prayers had been answered and they looked forward to the day that miracle will finally materialize.

The image below shows the breakdown of bids by each bidder: 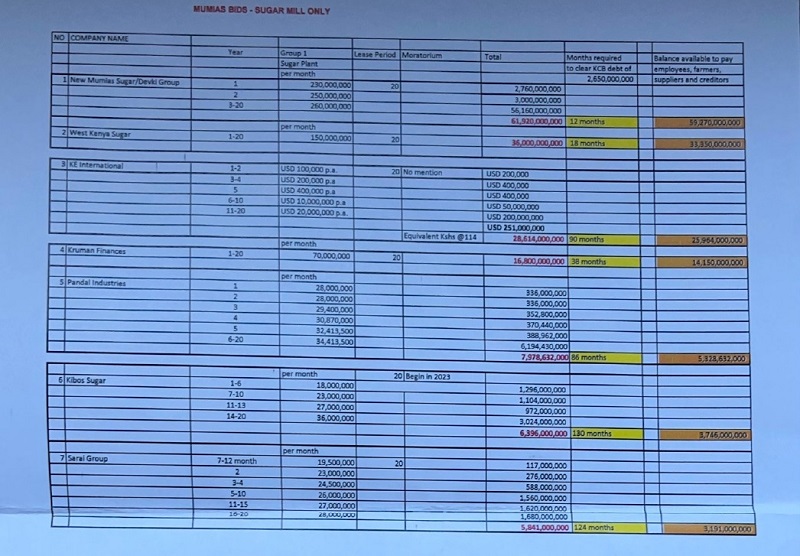 In terms of how long it would take the bidders to clear the debt owed by Mumias Sugar Company to KCB Group, the New Mumias Sugar/Devki Group was to take 12 months, West Kenya was to take 18 months while KE International was to take 90 months. Pandal Industries was to take 38 months, Kibos Sugar 130 days, and Sarai Group 124 months. 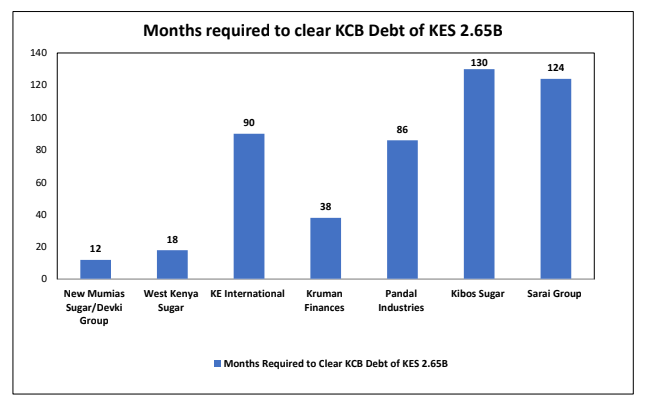 In the receivership process it is accepted practice for the receiver to pick a credible bidder who would pay back the creditors in the least amount and would be most likely or able to turn the company back into a functioning profitable company. Thus in the Case of Mumias Sugar Company, the questions that the receiver and KCB should have been asking are:

Of the bidders above, in terms of how long it would have taken to clear the debt and completely liberate Mumias Sugar Company, which one would you have gone for?

The next episode looks at the whole bid-awarding process and why it is questionable. And just how the lowest bid, which will invest the least money into Mumias, leave farmers and other debtors unpaid, while taking a decade to pay KCB back was chosen.

Read More: What Was the Real Reason Behind the Collapse of Mumias Sugar? 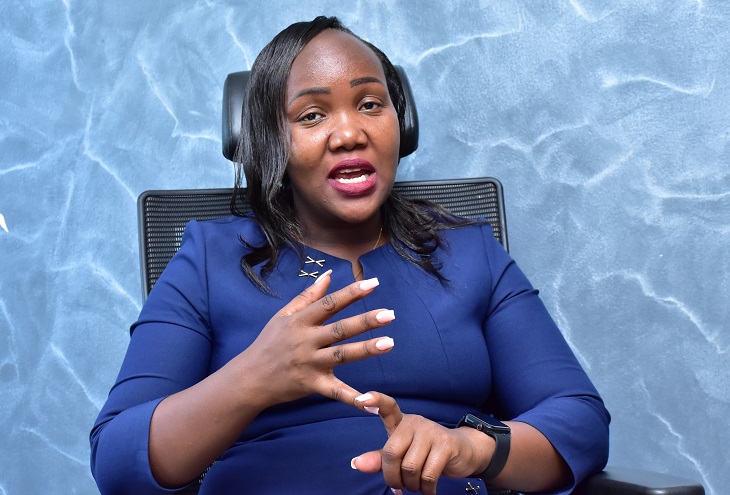 T-Bills Continue To Smile, Ends The Week At 116%