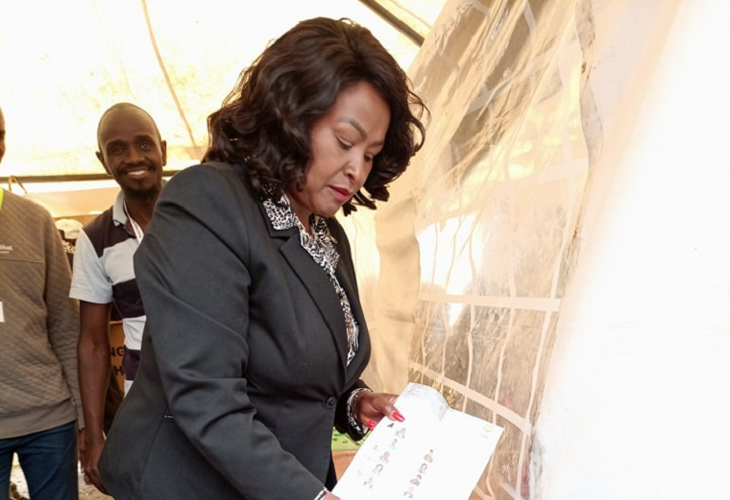 Wiper Machakos governor candidate Wavinya Ndeti has been elected the governor of Machakos county, making history as the first woman to hold the seat. The former Transport CAS who vied for the seat on a wiper Democratic Movement ticket was declared governor-elect after she garnered 226, 609 votes.

The former state house chief of Staff Nzioka Waita was the second in the race with 129,189 votes. Former Machakos Senator Johnstone Muthama who vied for the seat on a United Democratic Movement ticket was the third in the race with 37,980 votes. This was a major upset for the Muthama camp and many are wondering what went wrong.

The number of registered voters in Machakos was 687,565 with 408,175 voters participating in the elections.

The Tuesday elections were seen as an important test of democracy in Machakos county and there was a lot of excitement leading up to the vote. Wavinya at long last emerged the winner after failed attempts in 2013 and 2017. She previously served as a Member of Parliament for Machakos county and is well-known for her work in promoting women’s rights.

KRA To Be Renamed To KRS – William Ruto