How Iran’s Security Forces Use Sexual Violence To Quell Protests 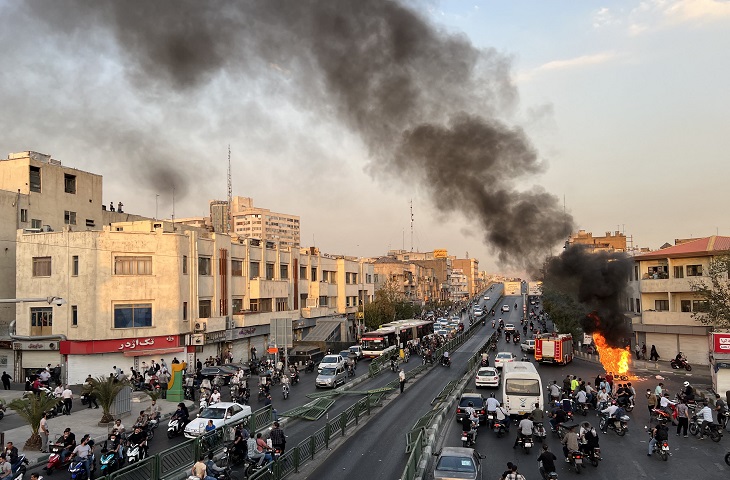 Iran has been convulsed by protests for over two months now.

Since the uprisings began – ignited by the death of Mahsa Amini – Iran’s regime has unleashed a campaign of repression. An extreme climate of fear prevails in the country as the crackdown intensifies.

Despite the fear and difficulty in communication created by the regime, exclusive testimony has been gathered exposing a terrifying methodology: sexual assault, perpetrated by security forces in Iran, against female protesters and the males supporting them.

Eyewitnesses have recounted how such sexual violence is being used to suppress, demoralize, and in some cases, blackmail protesters – many of whom are kidnapped, disappearing into a network of prisons and secret jails.

“There were girls who were sexually assaulted and then transferred to other cities,” said Hana* (not her real name for her safety). Hana is a Kurdish-Iranian woman who has witnessed and suffered sexual violence while detained. “They are scared to talk about these things.”

Hana sketched out the police station as she remembered it. She estimates 70-80 men and women were together in the main hall that accessed four private interrogation rooms. It was in these interrogation rooms, she tells Elbagir, that she was assaulted, and others were raped.

Through Hana’s description, eyewitness corroboration and geolocation using key landmarks, the police stations where these atrocities are being committed have been located.

Many victims are men supporting female protesters. Their punishment is as severe as the women’s.

Men are not spared

In one case, audio testimony has been obtained of a 17-year-old boy who said he and his friends were raped and electrocuted in detention after they were arrested in the protests. Testimonies suggest that the sexual assault of the underage boy was not an isolated incident.

“They brought four men over who had been beaten, screaming intensely in another cell. And one of the men who was tortured was sent to the waiting room where I was,” the boy told CNN. “I asked him what all that screaming was about. He said they are raping the men.”

Witness testimony indicates a pattern: police centers are used as filtration points, where those arrested are first interrogated and then in some cases moved from one location to another, their families left in the dark about where they are held. According to rights groups, hundreds have disappeared into this network of prisons and detention centers.

Disturbingly, in some cases, the rapes were filmed and used to blackmail protesters into silence.

Alongside the authorities’ widespread detention of protesters, the media blackout in the country has worsened. The stigma attached to victims of sexual violence adds another layer of secrecy to what’s unfolding.

Despite the difficulty of investigating these claims and the risks run by victims who report them, CNN has learned of 11 incidents — sometimes involving multiple victims — of sexual violence against protesters in Iranian prisons and has corroborated nearly half of them.

Throughout this investigation, various sources have testified in various flashpoints of the country’s protests – including rights groups and activists linked to the Kurdish-majority areas – activists in regular contact with female detainees in key prisons.

Most of the reports of sexual violence reviewed since the protests sparked by Amini’s death began came from the west of the country, where large swathes of the region are predominantly Kurdish.

But the violence against women, like the protests, is not confined to the Kurdish areas. They are often focused on locations where the protests are most intense – including in the Iranian capital, Tehran.

Back at the Iran-Iraq border, those who have been able to cross into Iran recently tell CNN the noose is tightening on the protesters.

Authorities have for decades used “sexual torture” against Iranians and it appears, once more, a familiar pattern; sexual violence deployed to enforce an assertion of moral guardianship.

Iranian officials have not yet responded to CNN’s request for comment on the abuses alleged in this report.

This exclusive was conducted by CNN Chief International Investigative Correspondent Nima Elbagir who traveled to the Iran-Iraq border, where she interviewed several brave women and men speaking out on the systemic sexual violence against anti-regime protesters, exposing a cruel perversion of Iranian authorities’ claims of moral guardianship.