Be Relevant If You Want to Be Successful 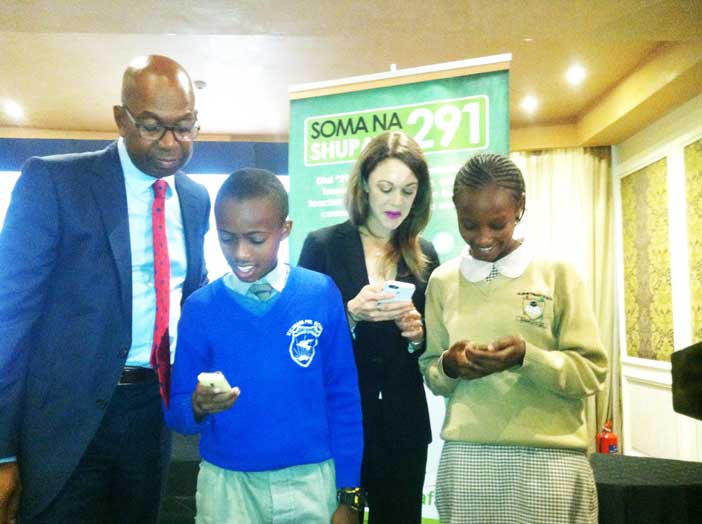 Bob Collymore, CEO Safaricom describes the launch of Shupavu291 as, "first of its kind in Kenya."

I am often asked what the secret ingredients are that make up a successful career or business.

I don’t often give the answer that is expected; which is if you persist with hard work, study even harder and tick all the right boxes at work, you will succeed.

While those are all very important elements of success, there are three additional factors that I believe create the perfect environment for sustainable achievement:

The other day, I had the pleasure of meeting a young man called Robert.

Every day during his teen years growing up in Kibera, Robert had just one wish: to survive the next 24 hours.

For Robert, opportunity came by fist.

He took up the art of Muay Thai, an ancient Southeast Asian form of hard martial arts that is more commonly practiced in Thailand or Malaysia.

Through his appreciation for the form, Robert now has a means of generating his own income by training others and competing. He is using his self-taught skills to provide an outlet for many more youth in his neighbourhood.

It seems incredulous to expect an ancient martial art would provide economic opportunity in the depths of the African savannah, but for Robert, Muay Thai allowed him to follow his passion to create a new definition of success.

He found his own version of success.

It was this untraditional approach that led him to find his passion, which then ignited the drive to become an expert in Muay Thai, leading to his creation of his own definition of success.

The world is dynamic.

Business journals are filled with stories of how successful companies met their end simply because they failed to read the signs in time.

And that is why success is curious.

Success seeks to find the best solution to a very current problem – whatever that may be – while retaining a focus on being both relevant and competitive.

For instance, three years ago, no one would have thought that installing a simple SIM card in a solar light would transform the way communities in Kenya accessed education.

But today, M-KOPA has connected more than 330,000 homes in Kenya, Tanzania and Uganda to solar power with over 500 new homes being added every day.

Earlier this year, M-KOPA was awarded for being the Boldest Company during the Financial Times Arcelor Mittal- Boldness in Business Awards in the Developing Markets category and was the Best Mobile Innovation for Emerging Markets at the Global Mobile Awards.

Success came through asking what else a light bulb could do for communities.

It may be taken for granted, but too many people and companies are willing to cut corners in order to meet their definition of success.

In today’s society where instant gratification is king, very few understand that any success will forever be short-lived unless it is backed by authenticity.

Integrity demands that we base our actions on an internally consistent framework of principles.

Businesses and individuals who act with authenticity are often the outliers in their industries, they are the ones that outlast the companies who do not invest in building an ethical business.

Communities such as the B-Team and the UN Global Compact remain critically important initiatives for businesses to adopt sustainable and socially responsible policies.

This is why I am pleased that Safaricom continues to spearhead efforts to create more ethical business community in Kenya.

We have committed to dedicate ourselves to deliver the four focus areas of the UN Global Compact which include human rights, labour, environment and anti-corruption and have seconded full time staff to the Global Compact, Kenya Chapter.

This is because we believe that success comes from continual discipline to the ideal of honesty, and we have an uncompromising commitment to uphold it in all our actions.

As William Shakespeare put it: “No legacy is so rich as honesty”.

For me, this remains the most important element that defines true success.