Mumias Sugar Company Limited was incorporated on July 1st 1971 by the Government of Kenya. Mumias Sugar was to hold majority shares of 71 percent and the minority interests being held by the Commonwealth Development Corporation with 17 percent, Kenya Commercial Finance Company with 5 percent, Booker McConnel with 4 percent and the East African Development Bank with 3 percent.

In 2013, the company started facing some financial turmoil, one that was described is the “toughest financial moments since its inception”  with its net revenue falling to 5.4 billion shillings the same year.

Profit/Loss of Mumias Sugar Company since 2009 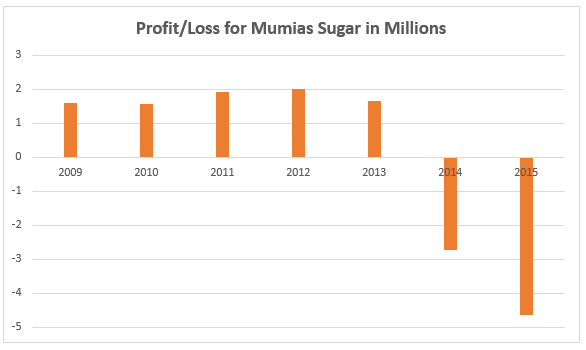 The company has been blaming its losses on sugarcane poaching as well as the influx of cheap sugar in the country from other countries.

During the month of June this year, the miller suspended the operations for some time citing sugarcane poaching as the main reason behind the decision. The company also blamed the availability of cheap sugar from other countries which was being packed in Mumias Sugar packets and then sold.

Analysts as well as politicians, however, blamed poor management as well as corruption as the main reason that was driving the once vibrant miller into financial oblivion.

READ: How to Curb Sugarcane Poaching

READ: Mumias Sugar Company Top Gainer of The Day at the NSE

On the 25th of May, however, it was the top loser with 7.14 percent at the price of 1.30 shillings per share but featured among the most traded in shares with a volume of 1.73 million. 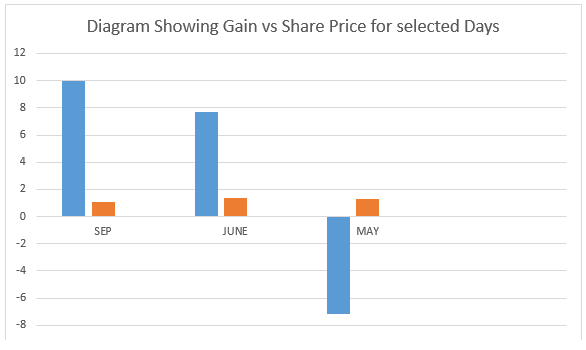 On the way to Recovery

Mumias Sugar Company is on a massive recovery program helped by the government which gave out one billion shillings last year as a bailout for the ailing miller.

The management has also said that it is working on the issue of paying sugarcane farmers on time so as to prevent them falling prey of the competitors in the same field who pay on time and at times even before cutting the cane.

Solution for the Sugar Industry woes in Kenya

According to an article  on one of the local dailies, a UN agency said that the solution to the problems facing the Kenya’s sugar industry lied in the lowering of production costs and not in the protection of sugarcane farmers.