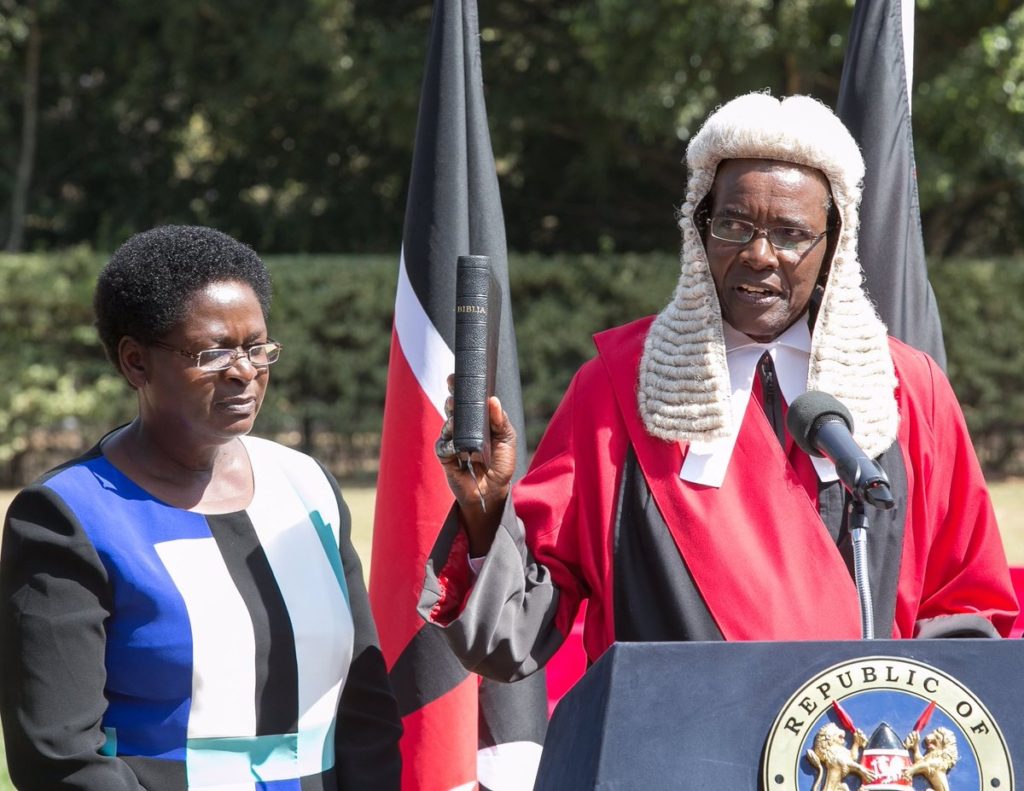 President Uhuru Kenyatta presided over the swearing in of David Maraga as the new Chief Justice of the Supreme Court of Kenya.

Maraga, formerly a Kisumu Court of Appeal judge, was named to the post on  Wednesday. A day after the National Assembly unanimously approved him.

A holder of both an LL.B and an LL.M from the University of Nairobi, he also chairs the Judiciary Committee on Elections tasked with overseeing election petition hearings that may arise after the 2017 elections within the prescribed period in the constitution.

Maraga, was nominated by the Judicial Service Commission on September 22.

He replaces 69-year-old Willy Mutunga who served as Kenya’s Chief Justice since 2011.