Central Bank of Kenya Absolves Itself Over NYS Scandal 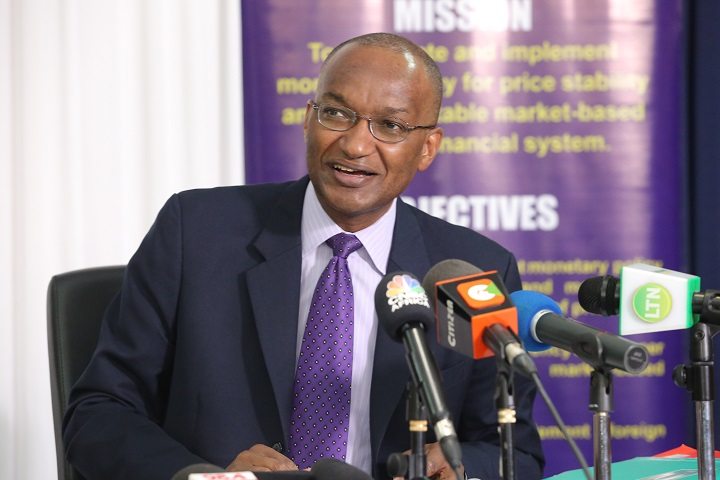 The Central Bank of Kenya has distanced itself from the scandal that has embroiled the National Youth Service saying it cannot be held responsible, but there has been a ‘misunderstanding.’

Dr. Patrick Njoroge, the CBK Governor said, “It’s important to understand the underpinnings of how the whole thing starts together. Some of the questions that are out there show there is a misunderstanding as to the process and what is what.”

Njoroge while addressing the media on Tuesday stated that CBK provides banking services through the government as per its mandate within the CBK Act.

“All government payments are made through the CBK,” he stated.

The regulator emphasised that the Integrated Financial Management Information System(IFMIS) – an automated system that enhances efficiency in planning budgeting, procurement, expenditure management and reporting in the National and County Governments in Kenya – is owned and operated by the Treasury, not CBK.

“The Internet Banking (IB) is owned and operated by the CBK. This is in a sense a channel through which the government connects to the funding available to the accounts and payment instructions are sent to the commercial banks to the vendors- ultimate beneficiary,” said Njoroge.

“Our responsibility is to maintain an environment through which the government can access through IFMIS then IB which leads to transfers to a particular vendor.

We do not tamper with instructions coming to us. We do not have sight for the vendor. I want to be absolutely clear that we do not approve things. If there is a mistake the bank tells,” he emphasised.

“In all these systems there are trails in regards to who approved the NYS payments. At the IFMIS stage three approvals are needed and two at the IB.”

His response comes after calls from Kenyans on social media demanding for his resignation as a result of several banks being mentioned to have allegedly participated in the loss of money through NYS.

The National Treasury has also refuted Governor’s claims that the alleged loss of money in the counties is attributed to the IFMIS portal.

“The Auditor General’s reports on Counties’ expenditure raises issues touching on non-adherence to procurement rules and regulations, excessive expenditure on local and overseas travels, Counties maintaining multiple bank accounts in commercial banks, huge unsurrendered imprests, irregular expenditure, unauthorized borrowing, poor record keeping and accounting, huge pending bills and other payables, among others. Clearly these issues have no linkage with the use of IFMIS and the allegations by the Governors can only be termed as diversionary,” says the National Treasury.

Currently, the former NYS deputy director general Adan Harakhe and Chair to the Ministerial Tender Committee Hassan Noor have been ordered to pay KSh1 million each bail to secure their freedom pending trial over the NYS scam.

Their case will be mentioned on December 9.

On November 18, Mangiti was first charged with conspiracy to steal Sh695 million.

The NYS scandal is believed that millions of taxpayers’ money was looted. More than Ksh791 million is said to have been looted from the NYS but the Auditor General says it might be more.