An artist's rendering of the new Fidelity Bank headquarters

SBM said in a filing with the Mauritian bourse that it would inject 1.45 billion shillings of fresh capital into Fidelity, once the deal gets all the required regulatory approval.

“The acquisition is in line with SBMH’s regional expansion strategy into East Africa,” SBM said in the filing. 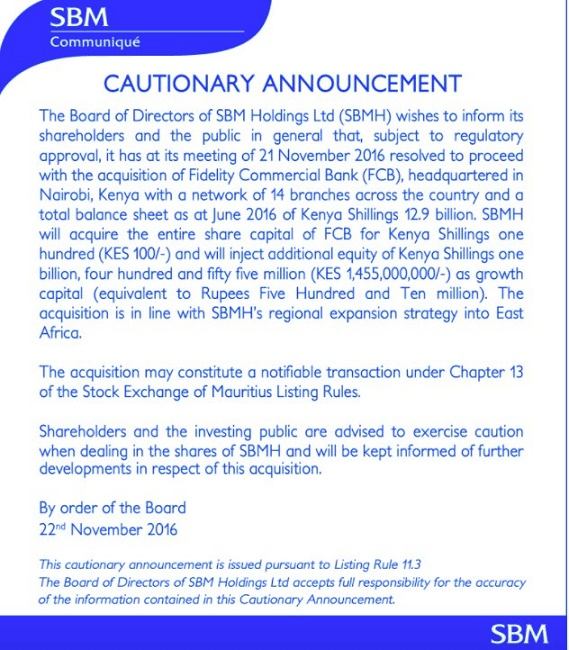 The Central Bank of Kenya has welcomed the proposed acquisition of Fidelity Commercial Bank by Mauritius based SBM Group expected by end of December.

In a statement, CBK said it has been advised by both SBM Holdings Limited (SBM Group) of Mauritius and Fidelity Commercial Bank Limited (FCBL) of SBM Group’s intention to acquire FCBL.

“The proposed acquisition, which is subject to regulatory approvals in Kenya and Mauritius, will mark the entry of SBM Group into Kenya’s banking sector,” said CBK “We welcome the interest of foreign banks that will contribute to the emergence of a world-class financial sector.” 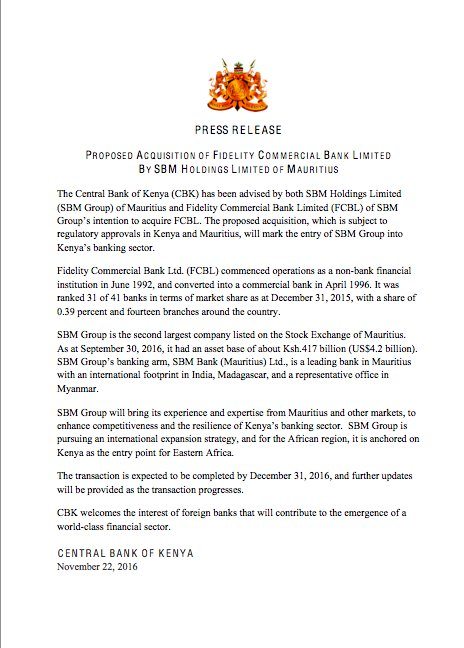 Fidelity, which started operating as a commercial bank 20 years ago, has 14 branches in Kenya and is ranked 31 out of 41 Kenyan lenders by market share, with 0.39 percent, the central bank said.