There was never a more important time in history than right now to grow eyes in the back of your head if you are in any kind of business and are keen to grow. But, let me digress a bit to explain why I am keen on this uber business and why I believe Kenyans in a herd are foolish and stupid to say the least.

I had an emergency in Nairobi and I didn’t have money to fuel my car to Nairobi so I jumped into a Mombasa bound bus at 3PM hoping to reach Nairobi by midnight and catch an Uber to my place. I had been away for a Month and I didn’t want the hassles of the Nairobi crazy traffic hence, using public means made me feel at ease.

The ride was smooth and once in Nairobi, I was hit by the changes that had taken place in merely one month and getting an uber was an issue because they had a constant surge and when I called a friend of mine to ask what was happening, I was alerted that during the day, they had been on strike and instantly I regretted why I left my car. Public transport in Nairobi is not for the faint hearted.

Once home, I went online to catch up on what I had missed especially on the Kenya uber drama.

I was disappointed to say the least with what I found out.

Indeed, when we are grouped together, we seem to lose our sense of reason and logic and become idiots on steroids. Look at how bodaboda riders reason together? Now find a single one and talk to him, very intelligent, but group them? What goes wrong? Same for uber drivers, individually, they are sharp guys, they will challenge you on international issues but grouped together, you will wish for the village idiot. Unfortunately, this reminds me of our leaders in parliament. Individually, they are brilliant lawyers, doctors, engineers, lawyers, entrepreneurs et al, but once grouped together, they become the most corrupt, repugnant to any society and thieves.

My reasoning is as follows.

This uber issue is purely about a traditional business resisting the inevitable advancement of technology. It’s about myopic views on how to handle competition and a clueless government that is facing a critical election hence bowing to the demands of greedy business partners who have no sense of what quality delivery in business means and what the consumer needs and ultimately what business of scale means. 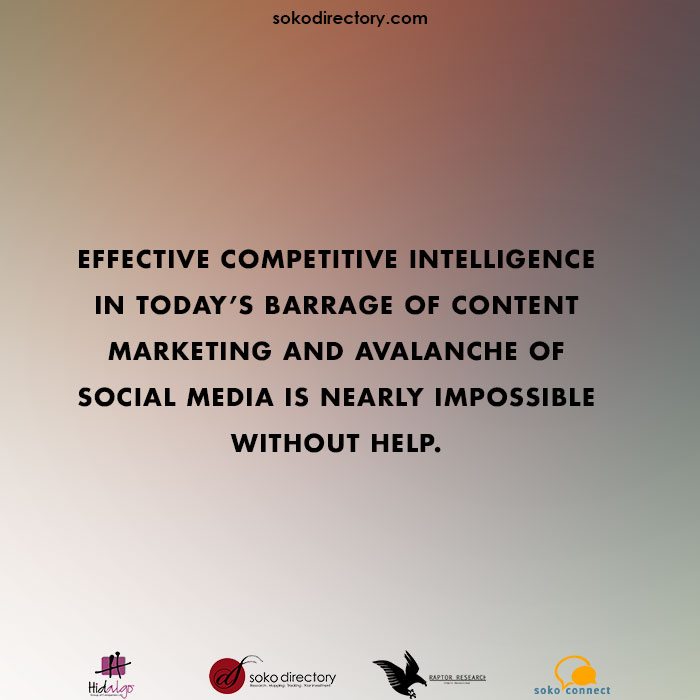 Effective competitive intelligence in today’s barrage of content marketing and avalanche of social media is nearly impossible without help. Either you hire a dedicated team to sweep the internet on a daily basis, or you elicit a powerful weapon to automate your competitive analysis and alert you to any relevant changes. Uber has faced competition across the world and the best example is how the Chinese handled them. They never fought them. They simply created their own version of uber, made it better and cheap, ensured quality delivery in the logistics business and uber was forced to shut down. That’s how you handle competition. Now how we Kenyans are handling it. Yes, I know people have taken loans, quit their jobs and signed up on uber but this was done voluntarily. No one held a gun to their face.

Yes, Uber reduced the rates because they thought of the consumer. They figured out that the best way to win in any market competition is to focus on the customer, to appeal to the needs, desires, tastes and most important, appeal to the budget dimensions of the consumer. I believe having operated in many markets, they had the research backed with data that ultimately the consumer is King and good quality of the rides is paramount to keep competition at bay. 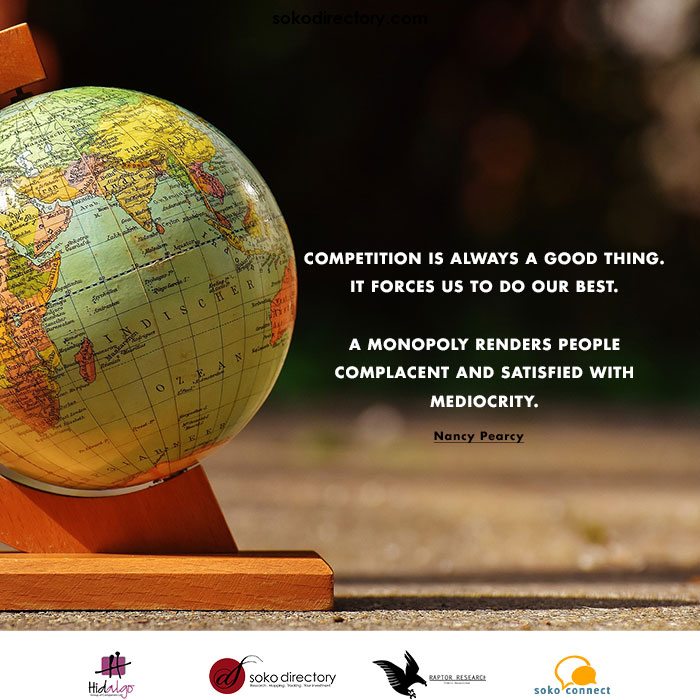 Nancy Pearcy once said that Competition is always a good thing. It forces us to do our best. A monopoly renders people complacent and satisfied with mediocrity. For the longest, traditional taxis took us for a ride. We paid what they deemed fit and we had no one to voice our concerns and frustrations. I used to pay KES 500 from the CDB to Murang’a Road where my office is located. At night, it was worse. They were kings and their word was final. Then came in uber and we heard the worst cry-babies.

It’s true that competition breeds champions. In the Kenyan market, however, I believe competition has breeded cry-babies, law-suit lovers and demo-affinised Kenyans. Its made the business environment toxic to potential investors and it’s given us a bad name globally as a people who hate change, who hate technology and believe in a rogue regulated market.

It’s very sad that as uber drivers complain of rates and charges, over 60 businesses worldwide have been abrogated by technological advancement and we have never seen such behaviour that is fighting better service delivery to a population that needs it.

It’s the vigil of the true capitalist. In nascent markets, it can even be in your own best interest to collaborate with competitors to grow the overall market size. As they say, a rising tide lifts all boats. As markets mature, competition keeps you sharp. It makes sure you never get complacent or you risk being taken over. The Kenyan market is over regulated, a condition that makes it very toxic for growth. Its technological unfriendly and the judicial system has frustrated the resolution on trade disputes making it very difficult for investors to trust the business environment. Numerous examples exist to prove this.

World trade means competition from anywhere; advancing technology encourages cross-industry competition. Consequently, strategic planning must consider who our future competitors will be, not only who is here today.”  – Eric Allison

Uber drivers and partners need to understand that Eric Allison is talking about or else business will never make any sense to them. Technological advancement is coming. Disruptions are everywhere and its high time we need to focus on how to adapt and move on.

Yes, uber drivers have the right to fight for better terms and conditions and it’s an inherent business right but crying wolf and seeking regulation in an industry that is under disruption, is not only stupid but myopic and it’s akin to taking Kenya back to the 1400s.

Uber drivers must focus on the consumer. Competition has been upped in the hailing taxi business and if they force an increase in charges, then the consumer will simply uninstall the app and download another app and move on.

No one forced them to sign up, they can simply log out or find a better way to articulate for their issues with the management of uber. I find their action despicable and repugnant to the natural flow of solving business issues.

First, they need to sort the poor quality of rides they have been giving to users. They need to address the issue of long rides or not following the mapped routes on the app and most important, they need to have better customer service with the users before they can demand an increase to the charges.

Lessons from Uber: Redefining the Module of Doing Business in Africa 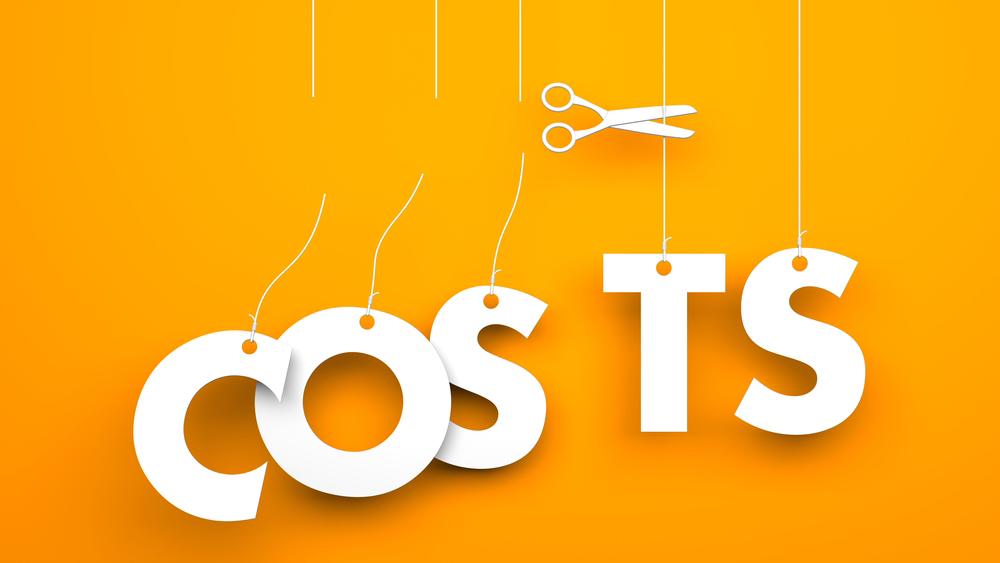