This year’s Women20 Summit held in Berlin, Germany promoted women’s empowerment as an integral part of the G20 process. The three-day summit was attended by over 100 hundred delegates from the G20 member states.

The discussion centered on strengthening the economic position of women and ensuring an equal distribution of employment opportunities. Speaking during the session, German Chancellor Angela Markel said that the country plans to ask other G20 countries to contribute to a start-up capital fund that would be distributed by the World Bank aimed at women who want to set up their own businesses.

For her part in the discussion, Juliana Rotich successfully advocated for the inclusion of African women in conceptualization, discussions, and implementation of such a fund. 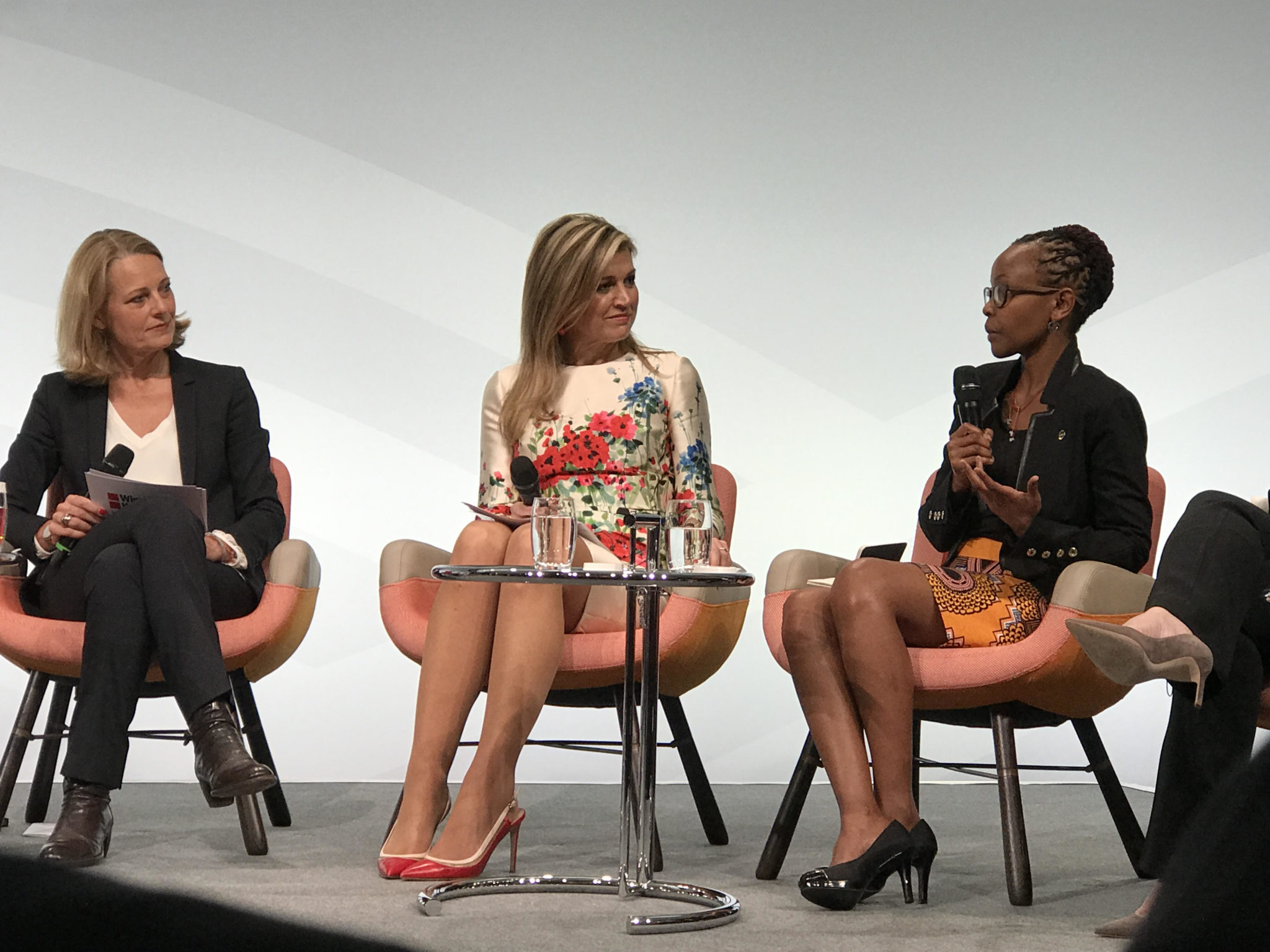 “Innovation and tech can help accelerate the inclusion of women, making it transformational, bringing people out of poverty,” said Juliana Rotich, Tech Entrepreneur and Co-Founder of BRCK and Ushahidi.

Using financial tech innovations to go beyond transactional efficiency into transformational disbursements for the most vulnerable is another point that she made to the agreement of IMF Managing Director, Christine Lagarde. According to Rotich, the way to do this is by involving women tech entrepreneurs who are part and parcel of creating solutions in various parts of Kenya and Africa. She pointed to the work being done by FarmDrive’s Rita Kimani and Peris Bosire as 2nd generation and 3rd generation services that leverage M-Pesa, a mobile phone money transfer service, as the base platform to provide appropriate services to farmers. These services use machine learning and provide alternative scoring and business models to help make access to credit easier. The fund envisaged by IMF, Germany, the US and Canada was urged to incorporate ongoing work as an important pillar to complement and to look at the entire pipeline of funding from seed to growth stage.

Rotich also underscored the importance of basic human rights. She echoed the comments of Mona Kuppers, President of the National Council of German Women’s Organizations and Chair of the W20 who said that women’s rights are human rights.

“Women’s entrepreneurship will not scale if basic human rights are not respected, upheld and enforced,” Juliana Rotich said. “Equitable pay, access to education, connectivity and opportunity are critical.”

She pointed to research by McKinsey in their Women Matter Africa Report showing that great strides have been made in Africa in terms of women’s representation in the private and public sectors but that more needs to be done to achieve gender equality.

Queen Maxima of the Netherlands agreed and underscored the importance of partnerships needed to leverage financial inclusion efforts so that women can continue to create businesses that add to economic growth.

The session also touched on the plight of women in Africa and other parts of the world who bear the brunt of conflict from wars and climate change. The need to create identity systems and social protection mechanisms was also discussed.