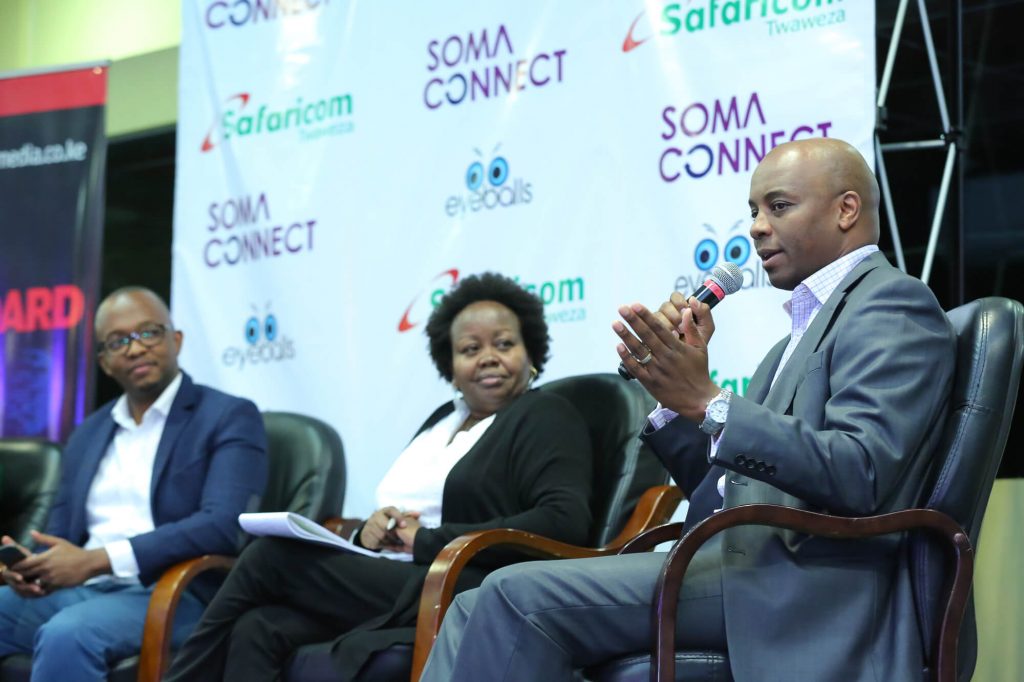 The National Cohesion and Integration Commission (NCIC) and corporate organizations have raised alarm over the proliferation of Fake News, saying the trend that has gained popularity during the elections is a threat to nationhood and businesses.

Speakers at a forum on Fake News organized by Safaricom, Standard Group Limited and Soma Connect – an initiative of the Kenya Social Media Awards – in Nairobi said businesses are suffering huge losses as a result of false information being disseminated on social media with the intent to mislead for financial or political gain.

NCIC Commissioner Dr. Joseph Nasongo said the Commission is reviewing Fake News articles being distributed online with a view of recommending for the prosecution of authors whose content may evoke violence or ethnic hatred.

Dr. Nasongo said although Fake News is being used as a propaganda tool during the elections, the commission is concerned about content that may affect national cohesion and harmony.

“We are not interested in Fake News per se, but the content. There are those that have been deliberately designed to stir ethnic emotions or violence. We want the online community to help us stem hatred that is being spewed on social media,” said Dr. Nasongo.

He disclosed that the commission is investigating 273 cases of hate speech on social media though there are many others that have been reported.

Fake news is a type of yellow journalism or propaganda that consists of deliberate misinformation or hoaxes spread via traditional print and broadcast news media or online social media.

Standard Media Group Citizen Journalism Editor and Social Media Lead, Julian Kamau, said traditional media are the most affected with Fake News, hence they have set-up a fact-checking department to verify the information they receive before broadcast or publication.

Kamau challenged local techies to come up with applications that can help verify and filter false information online.

“There are very few online tools available for verification of information especially video footage that we receive in newsrooms. Sometimes we take up to five hours to be able to confirm the authenticity of information we receive and this delays news dissemination process,” she said.

He urged corporates to stop advertising on blogs that thrive on Fake News to make dissemination of such articles unprofitable for unscrupulous bloggers.

“Fake News is costing listed companies a fortune at the Nairobi Securities Exchange and businesses are investing more resources to be able to review, filter and deal with false information that may affect their operations,” said Mr. Chege.

The director of the Kenya Social Media Awards (SOMA), Mr. Martin Muli, said the internet has facilitated the proliferation of Fake News because of its low cost and increased access in the country.

“Social networks, especially Whatsapp, provide ready audiences and that is why creators of Fake News will use the internet to disseminate their articles faster and drive traffic to their sites,” said Muli.

A report published in April on internet usage showed Kenya is leading Africa in internet penetration with over 30 million having access to the internet.

According to the report by GSMA Mobile titled ‘White Paper 2017: Trends from the Kenyan Smartphone and E-Commerce Industry’, 67 percent of the population in Kenya is classified as internet users.

Mrs. Githaiga said the political class realized the importance of Fake News during the campaigns hence invested heavily in teams that generate and disseminate such false content online.

She expressed concerns that unless the online community exercises self-regulation and stemmed the increased use of Fake News as a business or political tool, the government will find justification to hasten the enactment of the Cyber Securities Bill 2017, which criminalizes publication of such articles.