Gender Gaps in Entrepreneurship Cause Decreased Income and Aggregate Productivity. 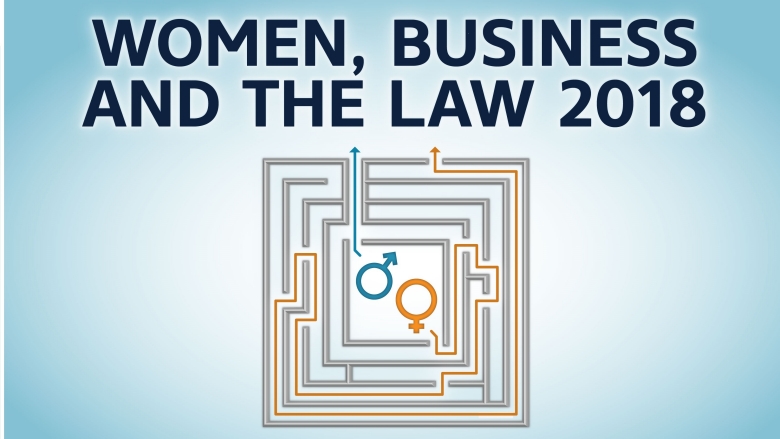 A World Bank Report dubbed ‘Women, Business and the Law 2018’ estimates that gender gaps cause an average income loss of 15 percent in Organization for Economic Cooperation and Development (OECD) economies, 40 percent of which is due to entrepreneurship gaps. Losses are estimated to be significantly higher in developing countries.

According to the report, for some economies, a large fraction of country differences in output per capita can be attributed to gender inequality, and many countries can increase output per capita by discouraging gender barriers in the labor market.

Twenty-one economies from across 5 regions receive a score of 0 in the protecting women from violence indicator. In the Middle East and North Africa, 35 percent of the economies score 0 in this indicator, as do 19 percent of economies in Sub-Saharan Africa. Economies from other regions which score 0 include Haiti, the Federated States of Micronesia, Myanmar, Russia, and Uzbekistan.

The Democratic Republic of Congo, on the other hand, reformed its family code to allow married women to sign contracts, get jobs, open bank accounts and register businesses in the same way as married men. The economy also removed the obligation for a married woman to obey her husband and has allowed spouses to mutually choose the marital home. Additionally, the Democratic Republic of Congo lifted restrictions on women’s ability to work at night in public or private industrial establishments.

Tanzania made primary education both free and compulsory and its new Legal Aid Act allows for legal aid in civil proceedings. Additionally, Tanzania improved access to credit information by distributing data from retailers.

The ability to make effective choices and transform them into economic outcomes is dependent on a supportive regulatory framework. Women, Business, and the Law’s accessing institutions indicator examines laws governing women’s interactions with public authorities and the private sector to determine where women’s agency and economic activities may be limited.