Kenyan Shilling The Best Performing in the Sub Saharan Region

The Kenyan shilling has emerged as the best performing currency in the region as compared to the dollar according to a report compiled by Cytonn Investments Limited.

The report shows that the local currency has gained 2.5 percent against the US Dollar in the last 12 months and 2.1 percent on a year-to-date basis.

The only other currency that showed a positive trajectory was the Mauritius Rupee with meager 0.3 percent increase for the last 12 months but dipped 2.9 percent on a year-to-date basis.

The Nigerian Naira appeared to have received the most heat in the last 12 months has dropped by 11.3 percent. On a year-to-date basis, the Naira has dipped 0.3 percent.

The image below shows how various currencies in the Sub Saharan region have performed against the US Dollar: 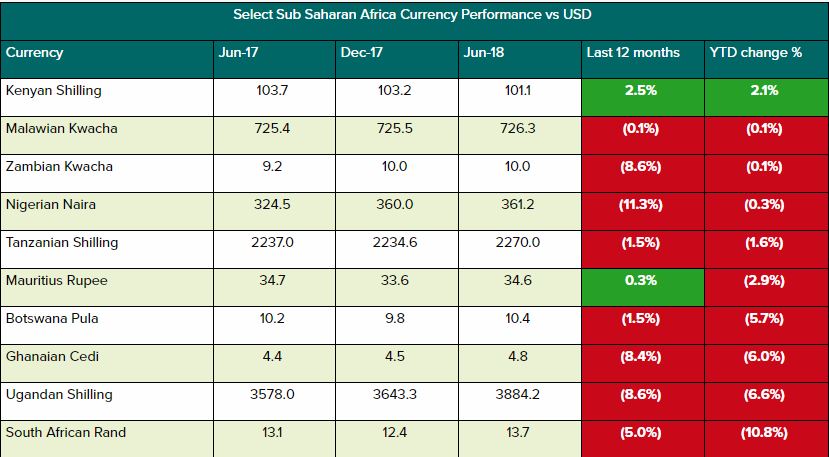