The Director of Public Prosecutions, Noordin Haji on Thursday morning directed the arrest of Agriculture Principal Secretary Richard Lesiyampe and six other top officials from the National Cereals and Produce Board (NCPB).

PS Lesiyampe and the Finance General Manager of the NCPB, Cornel Kiprotich Ng’elechey were retrieved from their houses this morning as detectives from the Ethics and Anti-Corruption Commission are on the hunt for other officials ahead of their prosecution.

The board is on the limelight over a total of 1.9 billion shillings it paid to 18 traders who made a huge supply of maize quantities. It is claimed that the traders colluded with top NCPB managers and had them amass millions in monthly payments.

Earlier in May, MD Newton Tereer resigned after the unlawful operations of the parastatal were questioned and the issue had since been under investigation.

After rigorous interrogation by EACC detectives, a report from the internal ministry was released and it brought to light the corruption going on at the NCPB and how cartels are stealing money at the expense of hardworking farmers.

The probe notes that majority of the payments were made in the Eldoret Depot but more investigations are still underway in other regions as well.

Those arrested will be charged for the unauthorized spending of public funds, abuse of office, neglect of the official duty conspiracy to defraud. 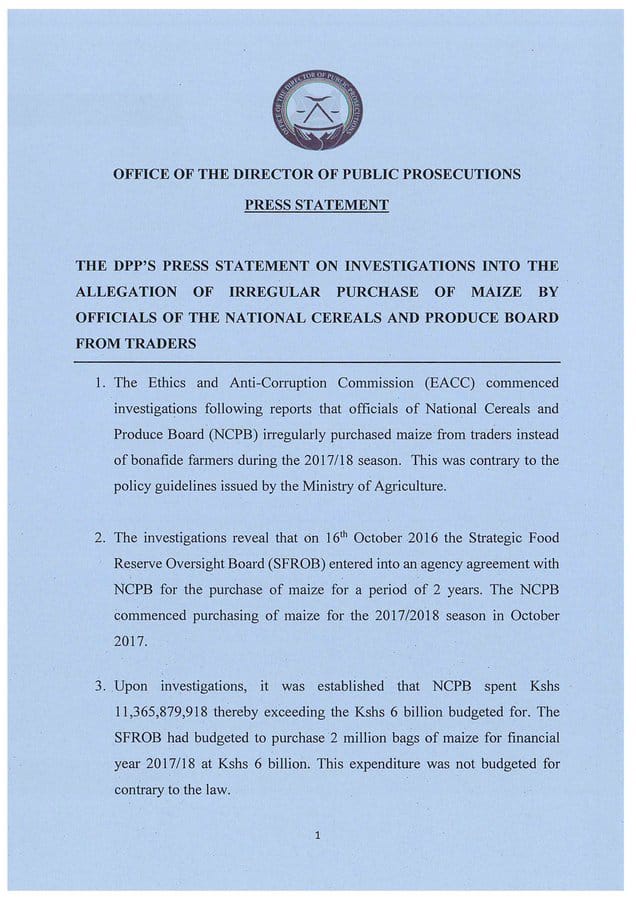 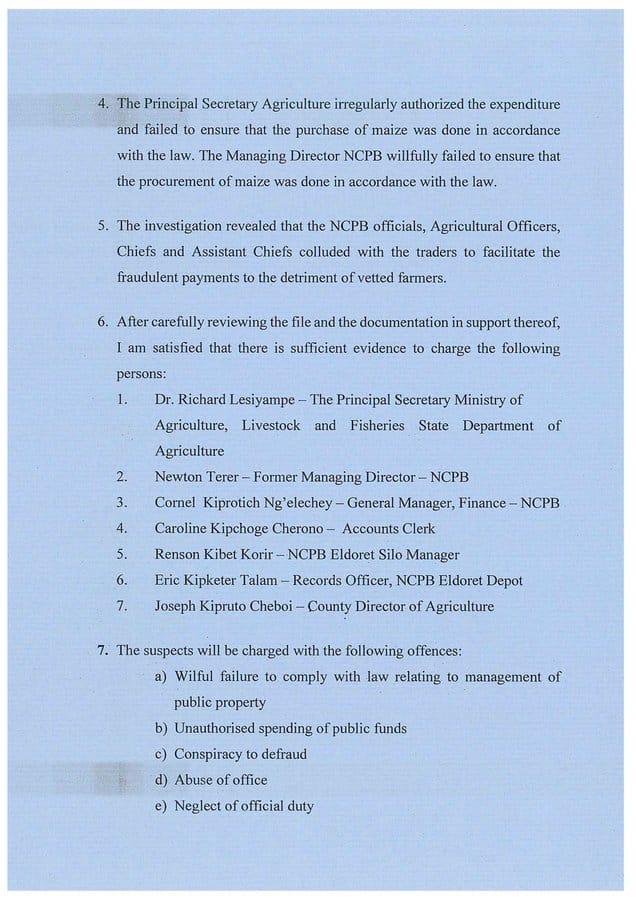 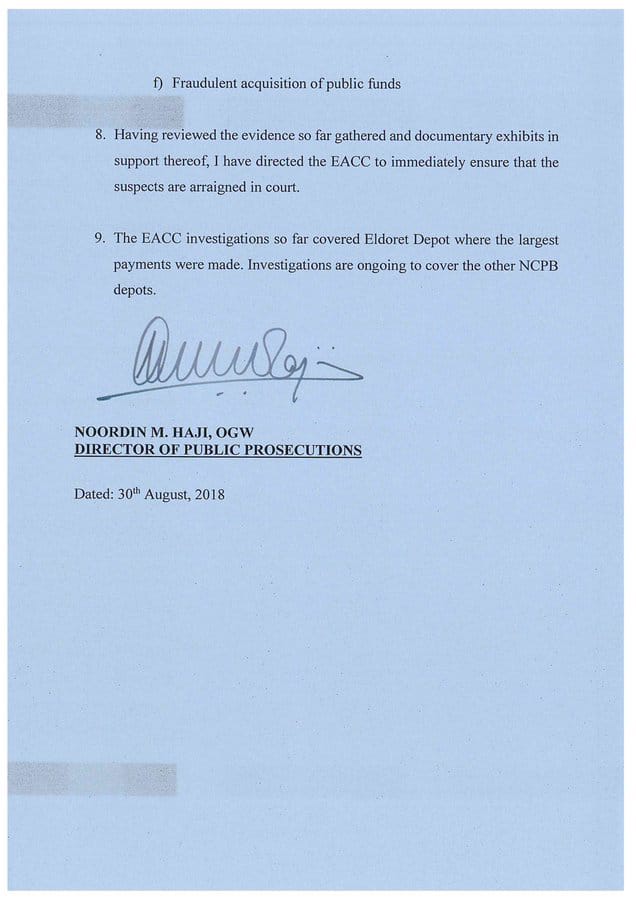