In The Eyes Of Khashoggi, Tears of Courage and Bravery 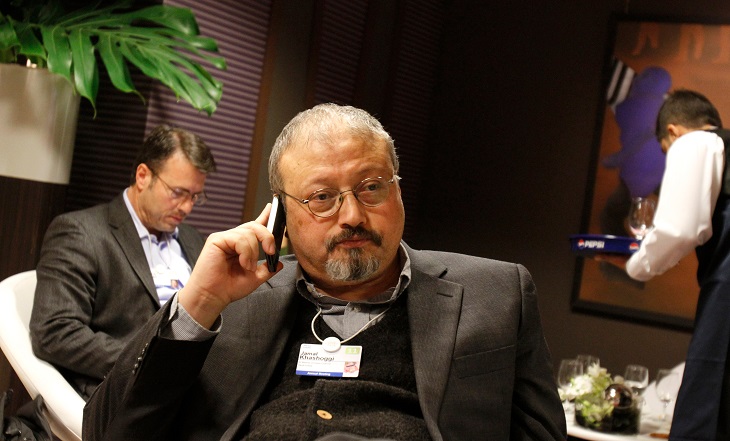 I have never met Jamal Khashoggi, but I feel like an acquaintance of his for many years, especially in the last four months.

The closest I came to the Khashoggi family was through environmentalist studies around Ol Pejeta, a famous a 90,000-acre not-for-profit wildlife conservancy in Kenya, once owned and managed by Adnan Khashoggi, the famous billionaire Turkish-Saudi Arabian arms-dealer, businessman and uncle to Jamal. Like millions across the world, I have read numerous articles by the now famous journalist.

I consider Khashoggi a courageous, selfless and very brave man. To say Jamal was inspiring is an understatement.

One of the ostensibly scary episodes was his interaction with Osama bin Laden, a connection that started in 1the 980s. The young Osama was among the UUS-backed mujahideen, militants waging war against the Soviet Union in Afghanistan.

From a lot of literature, I have reviewed, Khashoggi empathised with the course and went a long deal in covering it. In a similar interview in 1995, Khashoggi seemed to discourage Osama Bin Laden from terrorism, and instead push his agenda through other means away from radicalism.

Jamal appeared to be the only journalist to have taken the hard task of challenging Osama’s extremist inclinations in bringing sobriety into political discourse. He must have foreseen the residency for Arab Spring uprising which was highly motivated by the need for change in the Arab world.

It is documented among his friends that he kept off Osama after Sept. 11, only paying tribute when Bin Laden was killed in Pakistan on May 2, 2011, by United States Navy SEALs.

Then, Khashoggi tweeted, “I collapsed crying a while ago, heartbroken for you Abu Abdullah. You were beautiful and brave in those beautiful days in Afghanistan before you surrendered to hatred and passion”.

Khashoggi’s statement laid bare the aspirations of a man that indeed believed in the need for change in the Arab world, but who pushed the envelope too far in ensuring Islam as a religion was not confused for violence.

When Mohamed Bouazizi, a street vendor, set himself on fire in December 2010 in Sidi Bouzid, this catalyzed the Tunisian revolution and the much famed Arab Spring against seemingly autocratic regimes. Available opinions allude to Jamal’s support to the uprising, embodying his non-violence approach to instituting political change.

The spiral evidenced in Yemeni fallout, and the Saudi led military intervention that has caused massive catastrophe across the country to represent the scenes Jamal abhorred. Given a chance, Khashoggi would have guided a better intervention to avert the deadly screams, street bloodshed and death pangs associated with Yemen, that have become a common act.

My immediate assessment is that Khashoggi never stopped to voice his criticism to extremism, violation of human rights and lack of respect to human dignity. This must have created a wedge between him and the Saudi regime.

Khashoggi has all along been a royal elite, having access to whatever facilities and privileges that any western trained journalist in the Arab world would need. All indications point to a selfless person who deemed not important their personal interests. He has lost his job twice owing to pursuing opinions that bordered strongly on human furtherance above personal gain.

His death is martyrdom. I equate it to the death of Bouazizi in Tunisia who sacrificed his own life for memorable contributions to historic changes.