The real estate sector softened in Q1’2019, with sectors such as office and retail registering a decline in rental yields by 0.1 percentage points and 0.5 percentage points, to 8.0 and 8.5 percent from 8.1 and 9.0 percent respectively in FY’2018.

The performance was constrained by:

In addition, the report noted that there was activity across all real estate themes, supported by:

“We retain a NEUTRAL outlook for the real estate sector mainly constrained by increased supply in the market and limited access to financing for both developers and off-takers.

The real estate sector, however has pockets of value in themes such as housing for lower-middle to low-income earners in the residential sector, differentiated concepts such as serviced offices that attract yields of 13.4 percent such as Westlands, as well as areas with low supply of office space such as Gigiri and county headquarters driven by positive demographics, devolution and sustained infrastructural development.” said Juster Kendi, Research Analyst at Cytonn.

Below is a Summary of the Q1’2019 sectorial performance: 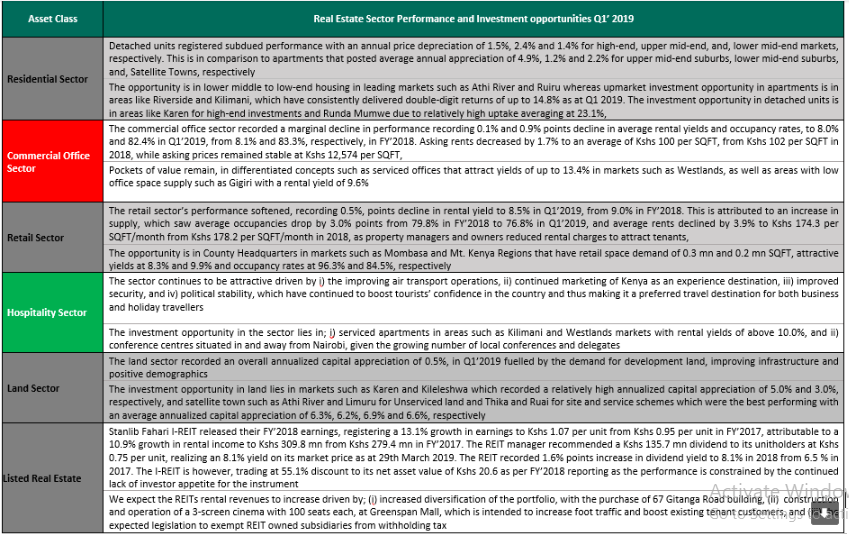 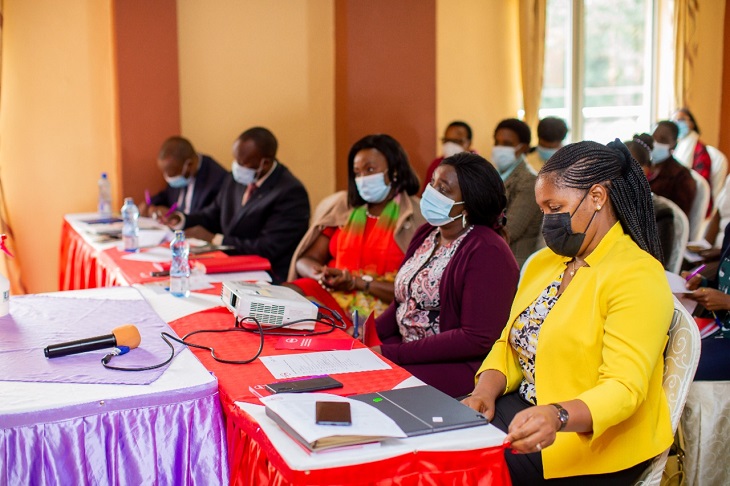