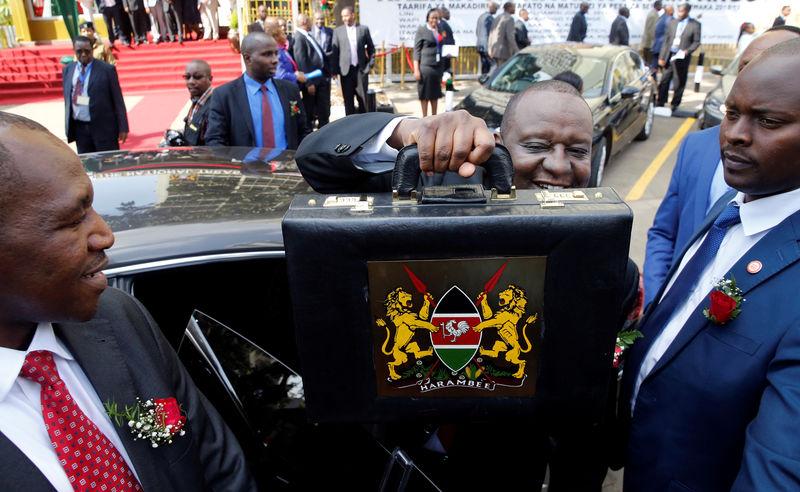 The Treasury’s 3.08 Trillion-Shilling 2019/20 budget has been faulted to be based on weak fundamentals by the Parliamentary Budget Office.

According to the Parliamentary Budget Office report on Estimates of Revenue and Expenditure released on May 22, the Treasury’s budget for the 2019/20 financial year aims to replicate the economic performance of 2018, pushing economic growth to 6.2 percent in 2019 and 7.0 percent over the medium term.

However, since the growth that the budget is based on isn’t consistent, the desired goals might not be achieved at all.

The National Treasury banked the estimates on stable weather conditions, strong service sector, stable macroeconomic environment, ongoing infrastructural investments, and sustained business confidence as key drivers of the growth. But how will the economy fare?

Before looking at the challenges that accompany the 2019/20 budget, here are the key highlights.

The Total budget for the three arms of government including the county allocation and the Consolidated Fund Services (CFS) during the FY 2019/2020 is estimated as Ksh.3.08 trillion. This is a 2.3 percent reduction from the 2018/19 budget.

Now, where is all this money going?

The Budget Policy Statement ceilings for these allocations was capped at a total of 1.8248 trillion shillings, as follows:

The estimate for the sectoral allocations in the proposed 2019/20 budget, however, stood at 1.8460 trillion shillings.

Now, how does the budget fare economically? Is it sound enough to meet the projections that the National Treasury anticipates? Here is where it falls short.

Evidently, the budget is off to a bad start. For one, the March-April-May long rains say otherwise. Most parts of the country have not received enough rains, which threatens food security and the outlook of inflation.

While unpacking the Estimates of Revenue and Expenditure for 2019/20 Budget, the Parliamentary Budget Office noted that the amount of rainfall for most parts of the country is currently below 55 percent of what is normally experienced.

The report posited that the rains are likely to peter out by end of May 2019 and most of the country will receive below average rainfall amounts by end of the season.

There is also a likelihood of higher inflation on account of food scarcity and higher electricity prices; reduced income for the majority of rural dwellers who rely on income from agricultural activities; reduced agro-processing output and a possible widening of the current account deficit due to reduced agricultural exports.

If the current trend persists, inflation is likely to reach 11 percent by the close of December 2019.

According to the report, risks to the 2019 inflation outlook will emanate from continued food and water scarcity and the resultant higher food and electricity prices.

“OPEC and Non-OPEC countries such as Russia and Norway have also agreed to reduce oil supply in the coming months which may lead to higher crude oil prices despite the low/ declining prices in the recent past,” read the report.

Michael Murugu, a Partner at PKF Consulting also offers some suggestions to the National Treasury. He says that there is a crisis and that the spending should be cut.

“Indicators are that nothing much will come in terms of growth given the fundamentals. The estimated growth comes amid companies shutting down, shrinking profits, layoffs, and bad weather. This is the reason Kenya Revenue Authority has not been meeting tax obligations,” Mburugu said.

According to Mburugu, there is no infrastructure to support growth. Kenya is incredibly slow in terms of implementing its infrastructural projects, and this is something that negates the benefits they yield to the economy.

A good example is the 2017/2018 financial year. The actual share of development expenditure was estimated at 26 percent below the threshold of 30 percent as provided in the PFM Act. This shows how the trend is replicated and how it offers little in terms of contribution to economic growth.

“There are numerous slow moving/ stalled projects due to non-payment to contractors, insufficient allocation of funds to projects, litigation cases in court and revenue underperformance,” read part of the report by the Parliamentary Budget Office.

One other factor that is bound to affect the 2019/2020 budget estimates is the global economic outlook.

SEE: Google Will No Longer Provide Android services to Huawei

In a nutshell, the Parliamentary Budget Office says that considering the aforementioned prevailing opportunities and risks the macroeconomic framework underpinning the implementation of the 2019/20 budget, the economy is likely to experience a lower than the projected growth of 5.6 percent in 2019 and the medium term.