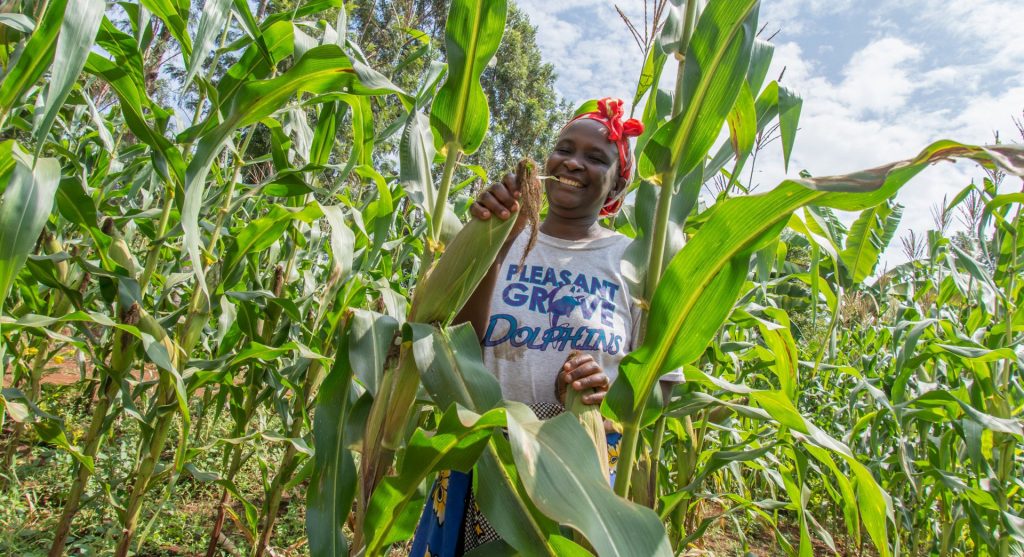 Small-scale farmers in Uasin Gishu County have received a 104 million-shilling boost from the World Bank to facilitate production and tackle the effects of climate change.

The funds will be used for smart initiatives that foster agriculture across the country including the expansion of irrigation while at the same time enhancing environmental conservation under the Climate Smart Agriculture (CSA) Project for Kenya, which was launched late in 2018.

The objective of the Climate Smart Agriculture Project for Kenya is to increase agricultural productivity and build resilience to climate change risks in the targeted smallholder farming and pastoral communities in Kenya, and in the event of an Eligible Crisis or Emergency, to provide an immediate and effective response.

Kumar Vutukuru, a representative from World Bank noted that the money is part of 250 million shillings given to 24 counties in a bid to tackle the issue of food security and fight climate change.

“The objective of the Climate Smart Agriculture Project for Kenya is to increase agricultural productivity and build resilience to climate change risks in the targeted smallholder farming and pastoral communities in Kenya and to provide an immediate and effective response in case of an emergency,” said Vutukuru while visiting Uasin Gishu County on Monday.

The funds come in a timely manner when Kenya is already experiencing unpredictable weather, unreliable and insufficient rains, higher than normal temperatures and long drought periods in various counties.

Critical resources such as water are becoming scarce and counties dependent on rain-fed agriculture, unpredictable weather patterns are posing a significant challenge to food security.

Most of the affected people are the poor, particularly the smallholder subsistence farmers. The challenges are making it difficult for the most affected counties to eliminate poverty, hunger, and malnutrition.

This is part of what the Government of Kenya in collaboration with the Food and Agriculture Organization (FAO) and the United Nations Development Programme (UNDP), and the World Bank are aiming to mitigate.

Kenya needs to innovate constantly to mitigate the impacts of climate change not only on crop production but also on fisheries, forestry, and livestock.

Technical fixes will have to be buttressed by social and economic programs to enable the poor to build fairly robust and resilient livelihood systems. This is largely part of what the World Bank Mission on CSA is about.

In Monday’s meeting, Governor Jackson Mandago supported the project noting that it was a significant step towards boosting the commercial potential of small-scale farmers.

“We have identified two areas for this program, and it will directly benefit at least 300 households. We want to put over 100 acres under irrigation,” the Governor said.

He assured the World Bank team that the money would be used for the intended purpose.