Chronicles of an Architect: The PROS and CONS of an Open Plan Kitchen 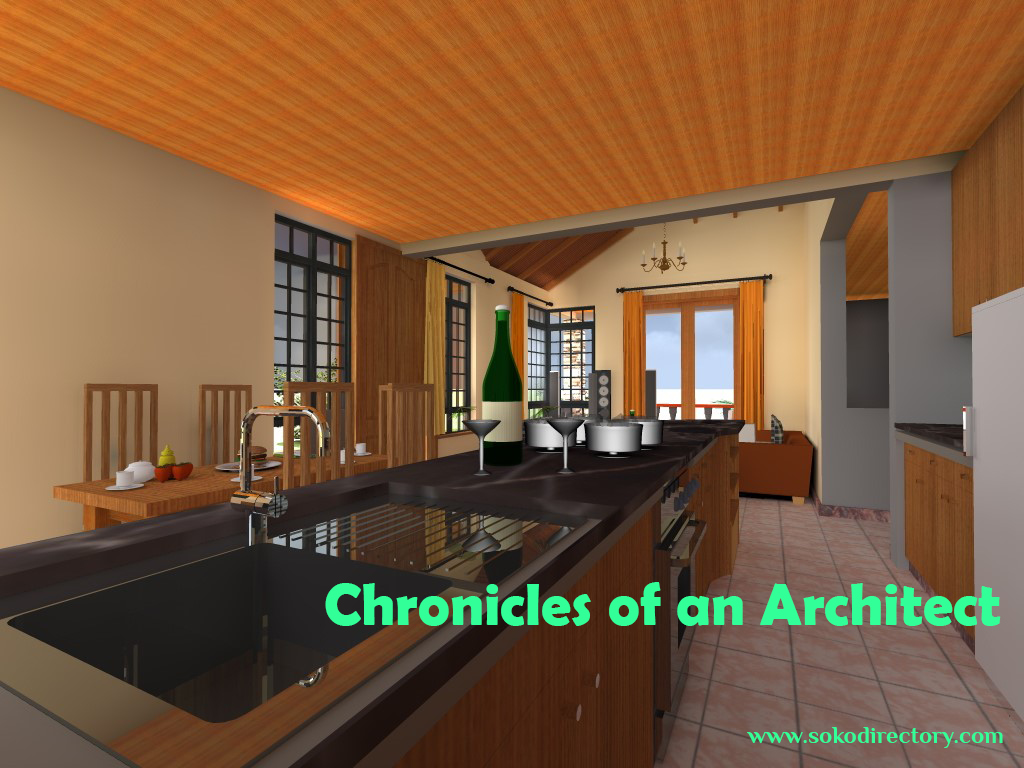 An open plan kitchen is defined as a kitchen area that has no barriers such as walls and doors that traditionally separated distinct functional areas, in effect combining the kitchen, living room, and dining room into a single great room.

Even though the concept is not new, most Kenyans consider it a novelty and it is slowly gaining traction as a design idea in many modern homes. A discussion on some of the pros and cons would help in deciding whether this concept works for you or not.

Some of the PROS include:

By eliminating the barriers like walls that would enclose the space of the kitchen, there is a spillover effect visually. This spillover effect makes the kitchen area look bigger. Moreover, the adjoining dining area and sitting room will also look and feel bigger.

Imagine being able to see your guests arriving as you prepare a meal in the kitchen or having the ability to see your child sneak out of the house as you wash the dishes. Wouldn’t that positively affect you? I guess it would.

When you increase your visual range in a space, there is a subconscious feeling of security. One feels like they are able to have surveillance over their immediate surroundings and therefore the ability to feel secure knowing that you could see far without having to move from one room to another.

READ ALSO: Chronicles of an Architect: 7 Ways to Save Money as You Build Your Home

There is an increasing need to perform a lot more tasks simultaneously.  With an open plan kitchen arrangement, one can hold meaningful conversations with occupants in the sitting room or dining area while still performing tasks in the kitchen.

Better still, one can still watch TV while cooking. In addition, there is an increasing demand for recording YouTube video shows for cooking and an open plan kitchen is mostly preferred because of the space flexibility.

If you ever wanted to make some savings in the construction of your project, the elimination of the walls in the kitchen area is one of the ideas you could implement. However, it should be noted that walls can be both structural and partition elements.

It would have to be clear from the design stage, whether the walls being eliminated are structural or mere partition walls so that appropriate measures are taken to avoid structural failure.

Ability to use borrowed light

In essence, the natural light that would be meant for the sitting room would have to be shared by the kitchen which is further inward.  The walls in the kitchen area will have to be eliminated for this to work. This happens in long and narrow buildings which do not have the luxury of space.

READ ALSO: Chronicles of an Architect: Architect’s Fees, To Pay or Not to Pay

Some of the CONS of using the open plan kitchen as a design concept include:

In most African societies, the kitchen was by and large exclusive to the womenfolk and it was out of bounds to men both visually and physically.  You see, in the olden days, the womenfolk in the kitchen cooked on the three stones and it made them assume some sitting positions that would expose them in more ways than one.

Given that they covered themselves with a loincloth, having men watch them cook would be like watching a blue rated movie.  In the open plan kitchen concept, the kitchen and all its users are laid bare in front of the very people who were supposed to be kept away. No matter how modern this concept is, it could be considered an affront to the ways of the old by a majority of our womenfolk.

The pressure to ensure that the kitchen is always neat and clean is much higher because of the open plan arrangement. You would not want even the casual bypasser to see a dirty, poorly arranged kitchen space. This open plan kitchen means that the kitchen cannot be left unattended because there is no longer the privacy in the walls and door.

The element of surprise no longer exists in this open plan kitchen. Everybody in the house will know what is cooking because the smells have been given a green pass to diffuse in whichever direction. In the event that some offensive smells are emanating from the kitchen, then there is no way one could divert them elsewhere.

Having known the pros and cons of the open plan kitchen as a design concept, you are now able to decide whether this works for you or not.

READ ALSO: Construction County Approvals: What You Need To Know While Planning to Build