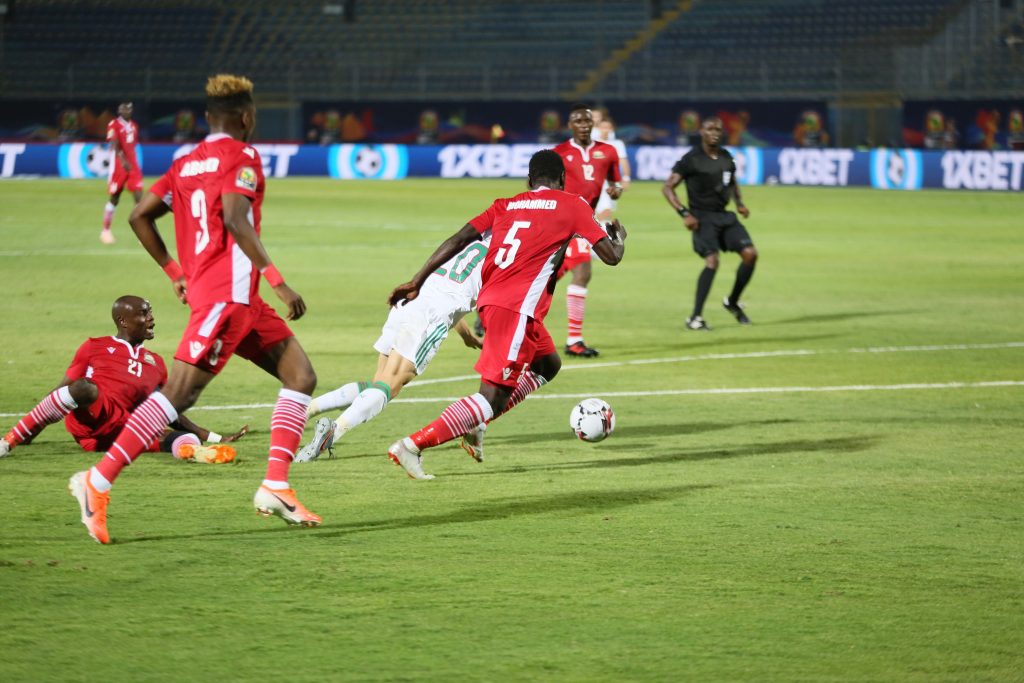 The East African derby match is finally here as both Kenya and close neighbors Tanzania, are hopeful to seek revival at the African cup of Nations.

In their previous group stage matches, the two teams both lost to their rivals and with the same goal deficit.

This clash might be the one to determine the course of the two teams in the tournament and who will get to finish in an advancement position. A loss by either of them would mean a wait for the next tournament.

Apparently, the first two slots are occupied by the two African giants in group Senegal and Algeria, who have the same points and goal differences.

Kenya and Tanzania can both opine and share the same school of thought that displacing the two teams, that is Senegal and Algeria, won’t be an easy task and nothing far from impossible. Thus, we remain to fight for the third slot.

Harambee Stars goes into the match, with the notion that they have never lost a match outside Tanzania. Though it is a good one, how prepared are they for the task ahead?

Kenya’s head coach, Sébastien Migne is confident of his side and terms the Taifa stars as no match to the previous rivals, Algeria.

The Tanzanians on the other side, are equally in a better position to carry the day. According to their head coach, Emmanuel Amuneke, the side has learned from the mistakes they made when playing against Senegal and they won’t repeat such mistakes against Harambee stars today.

“When we reviewed the game, we found out that most of the mistakes that we did or most of the chances the Senegalese had in the first five or ten minutes were our mistakes, losing the ball unnecessarily,” Amuneke said in an interview yesterday.

The Taifa stars made their AFCON return after a long spell of 39 years and have never qualified to the knock-out stage. These statistics put Harambee stars at a better position against their rivals as their tournament participation spell ran for 15years.

In their last two meetings, the two countries shared the steak in Dar es Salaam and Kenya later triumphed   3-0 over Tanzania in Nairobi.