Pangani Residents Bulldozed out of their Homes at Midnight 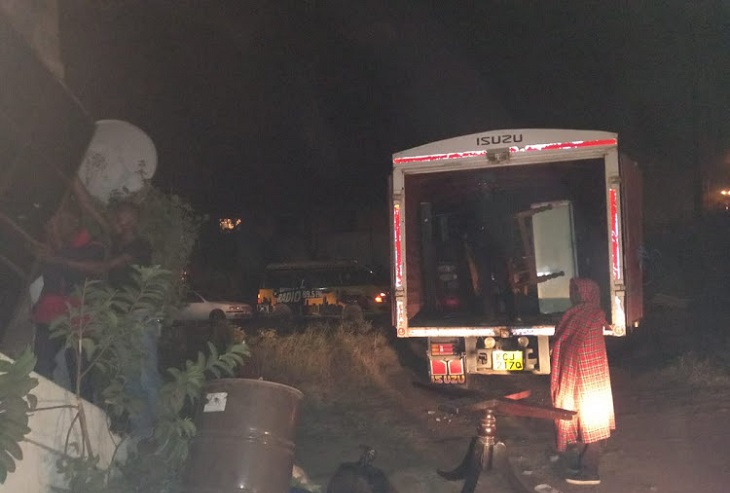 A section of Pangani tenants spent the night of 15th July 2019 in the cold after the Nairobi County had its bulldozers demolish the houses to ensure the tenants gave in to the eviction.

The bulldozers arrived in Pangani at 11:30 pm upon which the demolition team began to break windows and doors waking up the tenants

“These City Hall guys are demolishing our houses while we are still asleep with our children. It is very demeaning and scary as they are breaking windows, doors and everything simply because we are too helpless to stop them,” one of the residents said amid tears.

Pangani among Estates Marked for Upgrade

Pangani has been for long been known to have a section of it earmarked for demolition following the Government’s bid to deliver better and more affordable housing.

The demolitions seem to have come late with barely three years to deliver on its promises to Kenyans with one of the Big Four Agendas being Housing.

Other estates marked for demolition to create space for the affordable housing are:

The Nairobi County Government seems to fail to come into agreement with Pangani residents over the redevelopment given the forced evictions.

Nairobi County Government paid out 28.8 million shillings to 48 house owners who were required to move and pave way for construction of 1500 affordable housing units scheduled to be complete in the next two years.

Each tenant received 600,000 shillings from the Nairobi Governor, Mike Sonko, which was to facilitate with relocating as he informed members of the public that 80 percent of the tenants were in support of the relocation to enable the redevelopment.

The fate of the 20 percent that was not in support of the redevelopment was revealed on Monday night as bulldozers fell on their property hours to midnight leaving them in the cold, stranded and confused.