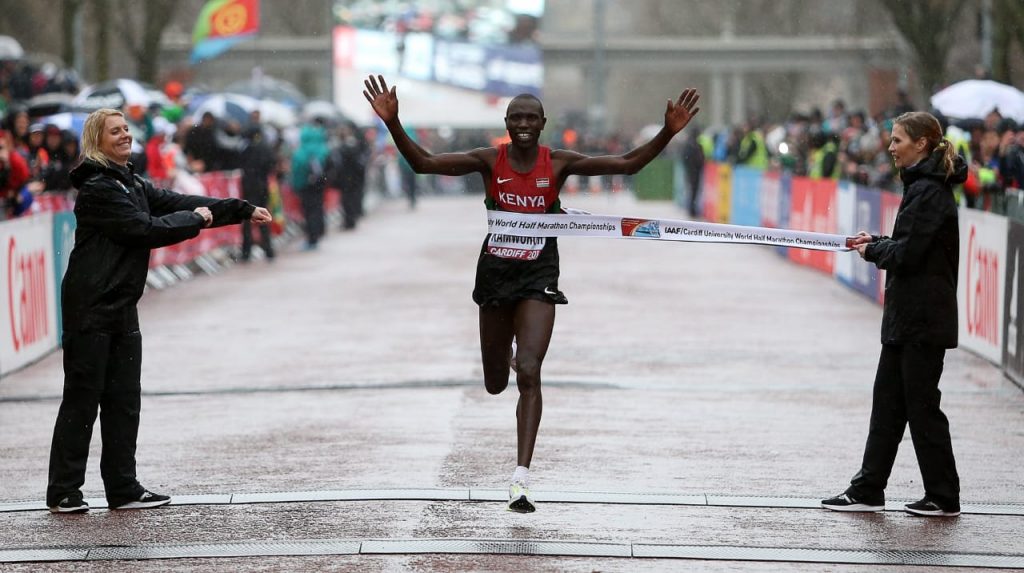 Imagine running 21 kilometres in under one hour. Kenya is indeed made up of world champions when it comes to athletics.

The world now has a new world record holder from Kenya, one Geoffrey Kamworor who broke the record of the fifth edition of the Copenhagen Half Marathon in an official time of 58:01.

Geoffrey Kamworor is a three-time champion and broke the record which was previously set at 58.18 by another Kenyan, Abraham Kiptum who swept it off at the Valencia Half Marathon in October 2018.

Another Kenyan Bernard Kipkorir took the second place by setting another new record for second position of 59.16 with Ethiopia’s Berehanu Tsegu finishing third in a time of 59.22.

Kamworor was to take part at the 2019 IAAF World Athletics Championships in Doha, Qatar but opted out in order to concentrate on breaking the Copenhagen record. And he did it.

Kamworor now hold four half marathon titles following victories in 2014 at the same Copenhagen venue, Cardiff in 2018 and Valencia in 2018.