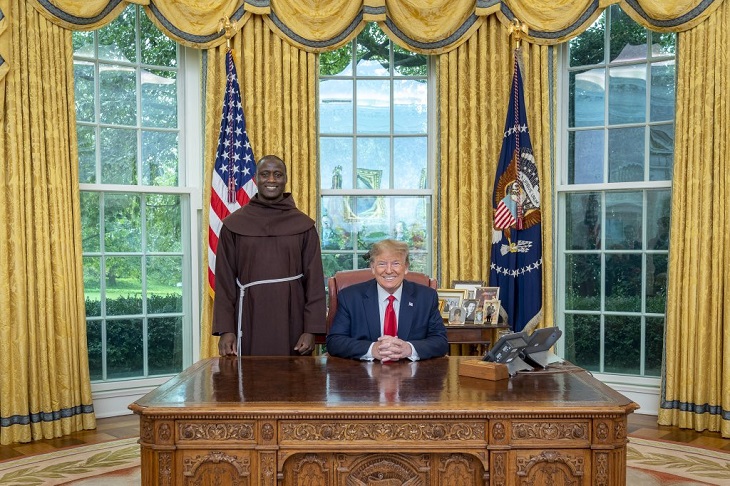 The 2019 Global Teacher prize winner Peter Tabichi visited US President Donald Trump at the White House after which he is expected to address the United Nations, General Assembly.

Tabichi who was awarded the 100 million shillings grand prize, was invited to the White House where he was showered with praises for his exemplary work.

According to the White House’s Press secretary Stephanie Grisham, Teacher Tabichi has set an example to many, especially by donating 80 percent of his salary to the needy students.

“His dedication, hard work, and belief in his student’s talent has led his poorly resourced school in Kenya to emerge victorious after taking on the country’s best schools in national science competitions. Peter, you inspire us all! Thank you for your commitment to your students,” Grisham said.

The Mathematics and Science teacher at Keriko Mixed Day Secondary School in Nakuru County has not only shone his candle but also lit those of his students as he inspired two of his students to win the UN’s SDG award that was held in May.

Tabichi says he got his teaching inspiration from his father, who he says was a friend to his pupils.

At the age of 36, Tabichi has taught for more than 12 years and has been adopting technical teaching skills to help his students get the best.

Since winning the awards in March, Tabichi has been on the airwaves and has been invited to give inspirational speeches to several countries including, Botswana, South Africa, Chile, Argentina and Columbia.

Tabichi is expected to address the 74th session of the United Nations General Assembly.