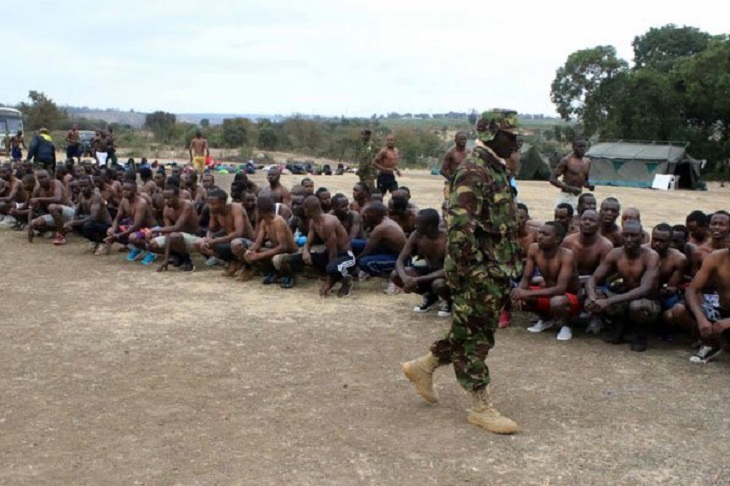 The Kenya Defense Forces (KDF) recruitment that was scheduled to start on 28th October has been postponed to a later date after members of parliament raised concerned about the change of recruitment centers.

The ministry of defense had planned to conduct the exercise at the county levels, contrary to sub-county centers as has always been the case.

Cabinet Secretary for Defense, Raychelle Omamo was summoned to the National Assembly on Thursday, 17th October, to explain to the house why KDF recruitment centers had been changed from Sub Counties to Counties.

The members of the Defense and Foreign Relations parliamentary committee wanted to know why the ministry had changed its recruitment centers, an action that does not favor hundreds of youth who would wish to go for the recruitment.

Members of the committee, led by the chair, Katoo ole Metito asked the CS to explain why her ministry has decided to lock out hundreds of youths from participating in the recruitment.

According to the MPs, placing recruitment centers at the county levels would be unfair as job seekers from expansive counties such as Turkana and Marsabit would have to travel for long distances to reach the centers and be possibly locked out.

“If the Defense ministry insists that the youth cover long distances to reach the recruitment centers, then they should be ready to refund the money used for traveling because we are talking about our youth who are seeking employment and may have no money,” said minority leader John Mbadi.

They also said that they have reports of youth who have been asked for large amounts of money for them to be considered for recruitment.

“We want to know what informed the ministry’s decision to change recruitment centers and the criteria they are going to use during the recruitment to ensure only deserving youths are selected for the jobs and not those with the money,” said Tiaty MP William Kamket.

The MPs said that they have noted that the recruitment exercise has always been characterized by bribes, a practice that should be condemned.

After her meeting with the Defence and Foreign Relations Committee, CS Raychelle Omamo agreed that her ministry would revert recruitment centers to the sub-county level as was the norm and promised to look into bribery claims.

The KDF announced that they would be recruiting general duty officers, cadets, and tradesmen and women under various professions through the local media channels.