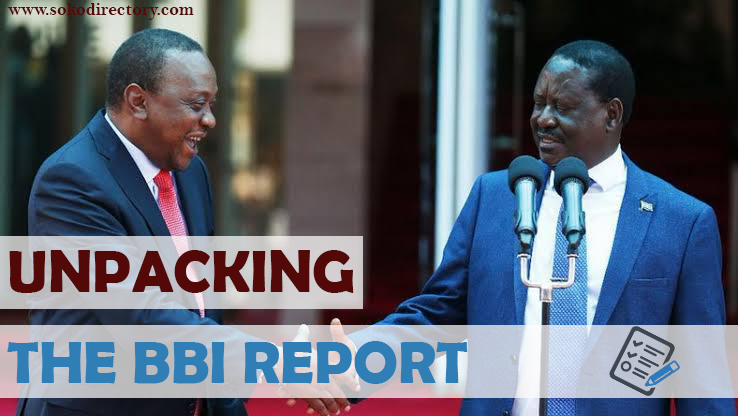 When Mike Sonko, the Governor of Nairobi County stood to speak at the Bomas of Kenya during the unveiling of the much-hyped BBI Report, people thought he would talk about the position of Nairobi County in the recommendations of the report.

It appears the good governor had not read the report because if he had, he would have noticed that if adopted, Nairobi County is set to run without a governor. In other words, the report wants the position of governor in Nairobi abolished.

Although the report proposed that the number of counties should remain at 47 as enshrined in the Constitution of Kenya, it wants Nairobi to remain with ward led by Members of County Assemblies and Constituencies led by Members of Parliament.

The report wants Nairobi to be accorded special status by the national government given that it is the capital city and it hosts various global agencies.

The report wants the city-county to be under the control of the national government without a governor but retaining the 85 wards led my MCAs and 17 Constituencies led by MPs.

Since the Senate has been retained as per the recommendations of the report, it means if adopted, the senior-most politician in Nairobi will be a Senator.

This is not the first time calls have been made for Nairobi City County to be placed under the control of the National Government. Many stakeholders feel the county is not yielding its full potential, especially under the current leadership.

in the past few months, Nairobi County Assembly has been in chaos with MCAs engaging in physical fights over the embattled speaker Beatrice Elachi. There are two groups; those who want Beatrice Elachi as a speaker, and those allied to ousted majority leader and who want Elachi out.