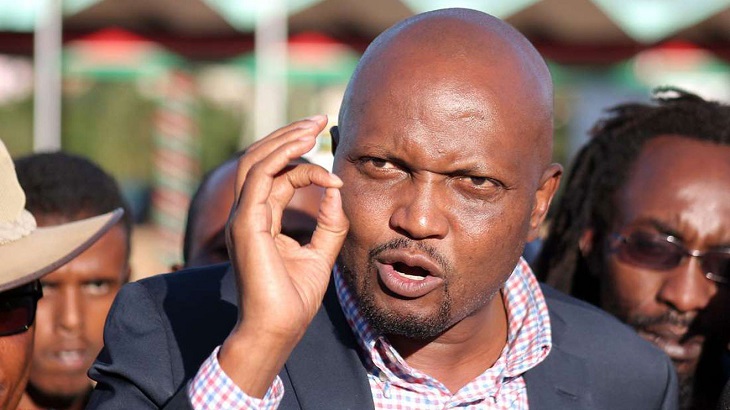 Moses Kuria reportedly assaulted Joyce Wanja who is also a Media Commentator known by her stage name Wagichungumwa at the Royal media offices.

Joyce Wanja, an activist, alleges that the Gatundu South MP, Moses Kuria, descended on her with slaps and blows while she was on her line of duty preparing to go on air for Inooro TV Kirîrîmbi show.

The activist, Joyce Wanja, recorded a statement at the Kilimani Police Station where she says she can only hope Moses Kuria is not too mighty for justice to be ensured.

Four witnesses who were present at the time when Moses Kuria is alleged to have attacked Joyce Wanja of Royal Media Services have come out to say they are ready to testify as they witnessed the MP assault the media personality.

As the World continues on it struggle to end violence against women, it is sad to have the case of a leader and a Member of Parliament such as Moses Kuria assault and walk scot-free.

Kenya has witnessed over 90 deaths so far and acts such as those portrayed by Gatundu South only go deeper in fueling the violence against women as they are deemed of weaker physical strength.

The police file on Moses Kuria’s case seems to have been messed in the midst of armed sworn law enforcers.

The order was made at the Milimani law court on Monday, 9th December 2019, after the prosecution requested three more weeks to establish how the police file was messed up with.

“I, therefore, grant the last adjournment to allow the prosecution to put their house in order by establishing who stole the statements,” magistrate Kennedy Cheruiyot declared.

Moses Kuria was charged on 25th November 2015 at the Nairobi court for uttering words which indicated it was desirable to bring death and physical injury to persons in Kenya also considered incitement.

“If I get a person, you and that is why I said, you should come with your pangas, these pangas are not only for clearing, have you heard? A person like that you should slash and finish him,” Moses Kuria was recorded saying.

Moses Kuria was also reported to have used abusive language at the Wangige market in Kiambu County, words that were intended to cause physical injury to a person.

It was the third time Kuria was being acquitted of the same offenses.