The Drinking Nation: Are Kenyans Drinking Too Much Alcohol? 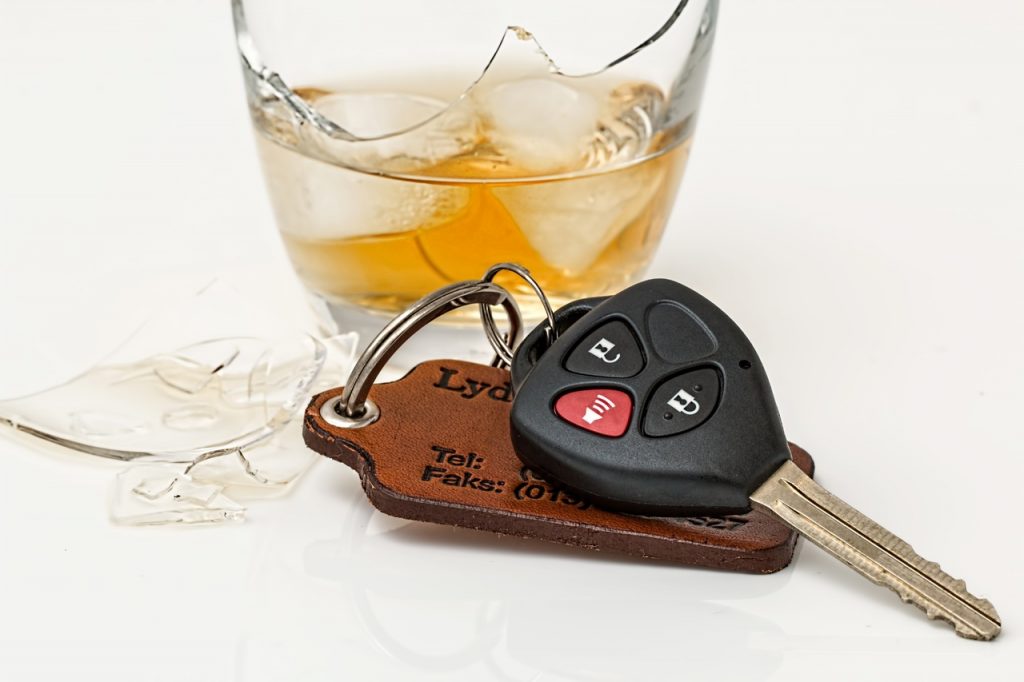 If you take a drive along Langata road, Ngong Road, and around Westlands area on a Friday night, you will notice a large number of cars parked outside bars with loud music.

According to a report by the World Cities Culture Forum in November, the number of bars in Nairobi is one of the highest in the world. Standing currently at 12,500, this figure translates to about 284 bars for every 100,000 people.  This is especially high for a third world country. The number of bars in other cities is as follows: 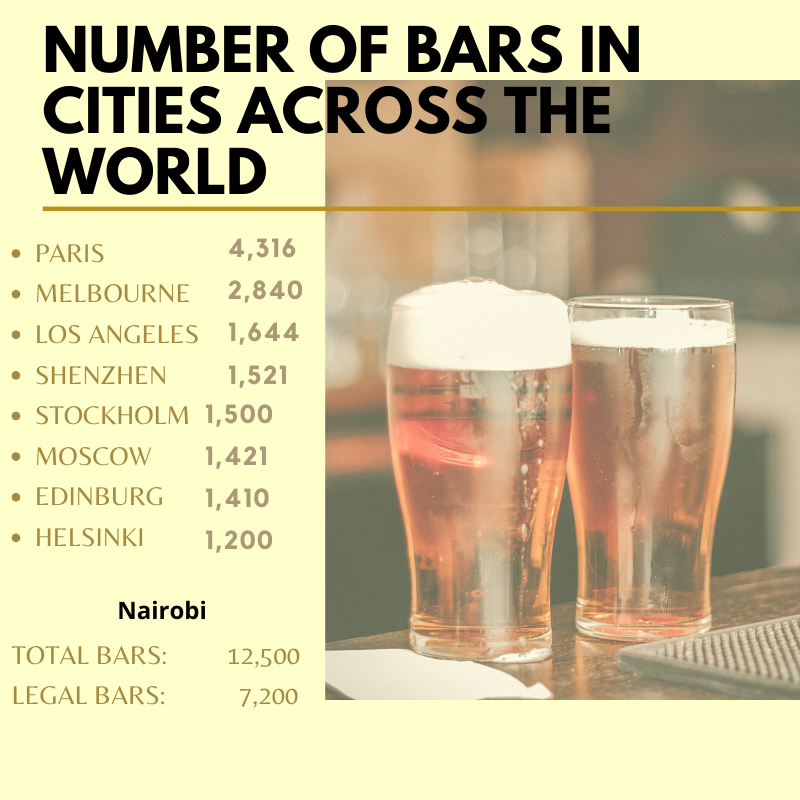 Over the weekend, I had a chance to observe people drinking at social gatherings and bars. The famous term is “Enjoyment” or parte after parte. I asked a few people aged 18 to 35 why they drink, and most said because it is fun and gives courage and confidence.

One said to just chill with friends; another said to just take the edge off; shockingly, one person said he drinks because he was heartbroken; and finally, a few people related to pressure, stress, and depression.

One gentleman made the joke that he is currently drinking because every month after august ends with Bar: “SeptemBAR”, “OctoBAR”, “NovemBAR” and “DecemBAR”.

I saw some vomiting from indulging in too much, crying, showing extreme and intense emotions and some just blacked out. Others needed support to walk and move around. It was not all negative, though, as some were dancing and seemed to be having the time of their lives.

Kenya ranks at number six in countries with the most depressed people in Africa. Maybe that is why we drink too much. Are we that incapable of handling stress and high-pressure situations without feeling buzzed?

READ: Here Are The Tips To Save When Njaanuary Comes Calling

When I asked a few people at what age they started drinking, it shockingly came out that most started in high school as early as form two where they were aged around 15 and 16. The legal drinking age in Kenya age is still 18. None could, however, recall ever walking into a liquor shop and getting asked for an identification card.

Here are some other options one could consider for having fun other than drinking alcohol in Nairobi. Instead of participating in “Drinkcember”, visit the Butterfly Center for a chance to see a variety of butterflies, visit the Snake Park, bowl at the Village Market or Next-Gen malls, feed giraffes at Giraffe Centre, try going karting in Langata, ice skating at the Panari Sky Center, zip-lining and hiking at the Ngong hills, try restaurants, or watch local plays.