Blood Is Flowing In The Streets Of Uganda, Who Will Stop Yoweri Museveni? 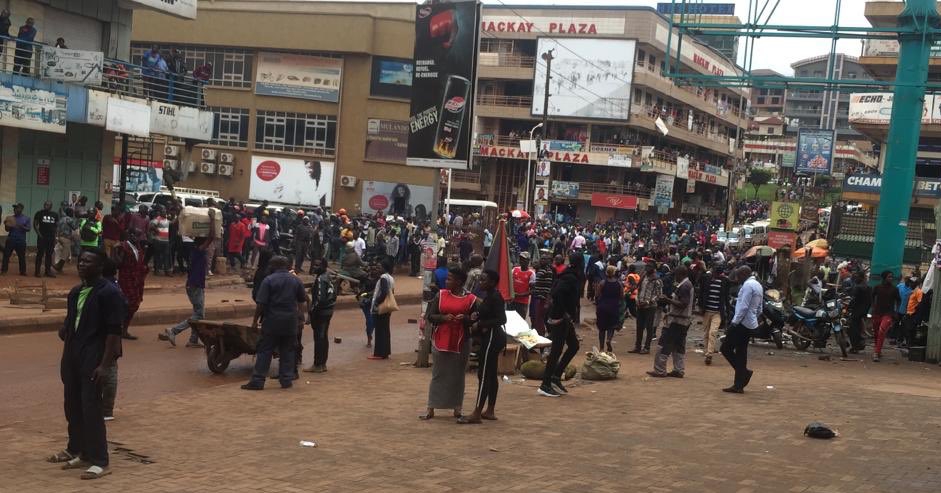 Yoweri Kaguta Museveni, the President of the Republic of Uganda has been in power for 34 years. And he is still running for the next term. He says he is still too young.

In Uganda, Yoweri Kaguta Museveni is the electoral commission, the army, the police, and the courts. He conducts elections, counts them, and declares himself the winner.

Any opposition against him is often met with the full armor of a true African Dictator which including shooting to kill, breaking necks, hands, and legs, gouging out eyes among others.

Kizza Besigye, who was one of Yoweri Kaguta Museveni’s doctors has had a lion’s share of Museveni’s wrath. The man used to spent days behind police cells more than his own home. He gave us and retired.

But a new voice seems to have awakened the sleeping streets of Uganda. The voice of one Bobi Wine. His real name is Robert Kyagulanyi. Museveni is scared and he has unleashed his dogs to kill, rape, and break some crucial body parts.

On Wednesday, blood filled the streets of Kampala, the capital city of Uganda. The police arrested Bobi Wine, (of course, after squeezing him in all areas that can be squeezed), bundled him in an old metallic car, and send him to a maximum prison.

Innocent Ugandans who seemed as though were smiling at Bobi Wine, (and, therefore, mocking Museveni) were shot at, some dead, some with legs, hands, and necks broken.

Yoweri Kaguta Museveni has made it clear that whoever wants to replace him should go back into the bush, pick up the gun, and fight him. The man, having all the army and armor on his side, surely is going nowhere.

The violence in Uganda towards a general election is not a new thing. It is not new that other East Countries never intervene. The Ugandans are always on their own.