Senegal Vs Equatorial Guinea In Afcon Quarter Finals: Who Will Cough First?

The Teranga Lions will hope Mane is okay following a head-injury scare in the round of 16 clashes against Cape Verde (a match in which he opened the scoring), as his pace, movement, leadership, and experience will be invaluable for a match of this magnitude. 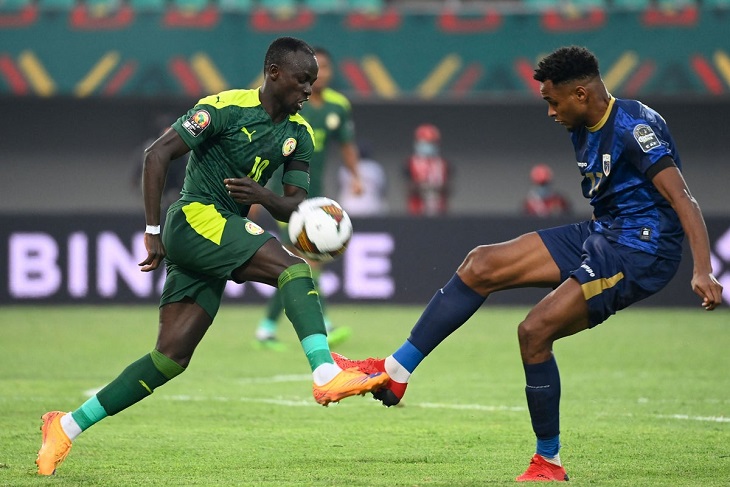 SuperSport viewers on DStv and GOtv can look forward to continued action from the Total Energies Africa Cup of Nations 2021 in Cameroon.

The Quarterfinals at the Total Energies Africa Cup of Nations 2021 tournament continues with Senegal facing Equatorial Guinea at the Japoma Stadium in Douala on the evening of Sunday 30 January 2022.

Senegal topped Group B with an unbeaten record – despite scoring just one goal in three games – but the attack started to flow a little better when they came up against Cape Verde in the round of 16, claiming a 2-0 win in Bafoussam on Tuesday thanks to strikes from Sadio Mane and Bamba Dieng. The Teranga Lions have yet to concede a goal at the AFCON (the only team which can boast that feat) and they will be mightily hard to beat over 90 or 120 minutes.

Equatorial Guinea earned their spot in the knockout rounds by finishing second in Group E behind heavyweights Ivory Coast (including a famous win over defending champions Algeria in Douala), before Wednesday night saw them be the latest team to upset the odds when they defeated Mali on penalties. The clash ended goalless after 120 minutes in which the Eagles were the dominant force, but Nzalang Nacional ultimately had the last laugh when Jesus Owono made key saves in the shootout.

The Teranga Lions will hope Mane is okay following a head-injury scare in the round of 16 clashes against Cape Verde (a match in which he opened the scoring), as his pace, movement, leadership, and experience will be invaluable for a match of this magnitude.

The Spanish-born midfielder knows all about helping Nzalang Nacional achieve success at the AFCON, having been a part of the 2015 team which reached the semifinals. The 27-year-old Real Murcia player will look to put on a masterful display in the middle of the park against a heavyweight like Senegal.

Senegal coach Alious Cisse on his team’s round of 16 showing:

“I told my players to play with speed and press our opponents and that paid off handsomely as we exhausted our opponents. It was very important to manage the game from the start and that is how Senegal made the difference. I am proud of my players as they followed the instructions from start to end. In the quarterfinals, we want to employ the same tempo and hard work to be able to get another convincing win.”

Equatorial Guinea coach Juan Micha on his side’s approach to the quarterfinals:

“We are motivated to play, and will just apply our system with our way of doing things. The players are concerned with the same state of mind. We don’t play according to the opponent, each match has its story. We respect the teams but we go for the win without fear because we have worked hard, we have shown that we can go further.”

In head-to-head stats, Senegal and Equatorial Guinea have met in three previous matches. Nzalang Nacional famously beat the Teranga Lions 2-1 in Bata in the group stage of the 2012 AFCON, but Senegal gained a semblance of revenge with 3-0 home (June 2017) and 1-0 away (November 2018) wins in the qualifiers for the 2019 tournament.