WPP Scangroup Reports a 3.8 Percent Drop in Its 2016 Financial Results

WPP Scangroup reported a drop of 3.8 percent in its full year 2016 profit after tax to 460.4 Million shillings.

The decline, according to the company was as a result of the back of a “one-time spike in effective tax rate in 2015”. The company’s profit before tax declined by 17 percent to 725.9 Million shillings compared to 875.3 Million shillings posted over the same period in 2015.

Operating profit came in at 359.9 Million shillings, a slightly higher figure when compared to 352.6 Million shillings that were recorded in the full year 2015 as a result of a 4.2 percent decline in operating and administrative expenses.

WPP Scangroup said that it faced a tough operating environment in Kenya, its largest market by revenues that stands at 60 percent of its total revenues. However, the toughness was offset by good growth in markets outside Kenya.

“Performance of operations outside Kenya were strong as we continue to develop these newer markets.  Results in Gabon, Ghana, Nigeria and Zambia were particularly pleasing. In terms of disciplines, PR is where we saw the greatest growth.” said the company in a statement.

At 406.5 Million shillings, Interest income was fairly strong when compared to 436 Million shillings recorded in 2015. The drop was impacted by the capping of interest rates in Kenya which came into effect in the third quarter of 2016.

According to the company, 2015 benefited from a foreign exchange gain of 47 Million shillings, whilst 2016 suffered a loss of 63 Million shillings due to devaluation, in particular, the Nigerian Naira. 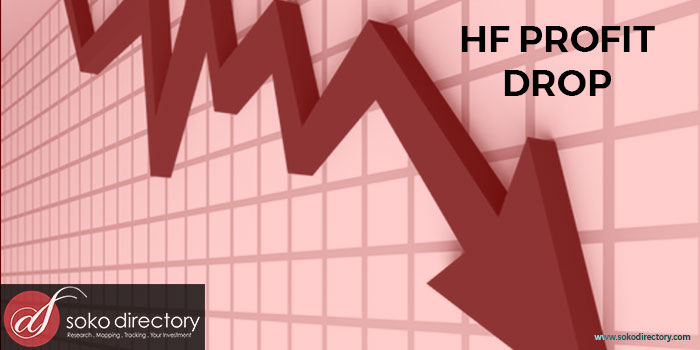 WPP Scangroup Reports a 3.8 Percent Drop in Its 2016 Financial Results