Malaria Response in Kenya at ‘Crossroads’ – WHO Report

Kenya is among 15 African countries that accounted for 80 percent of Malaria deaths in 2016 according to the World Health Organisation accounting for 8 percent of the cases in the period under review. 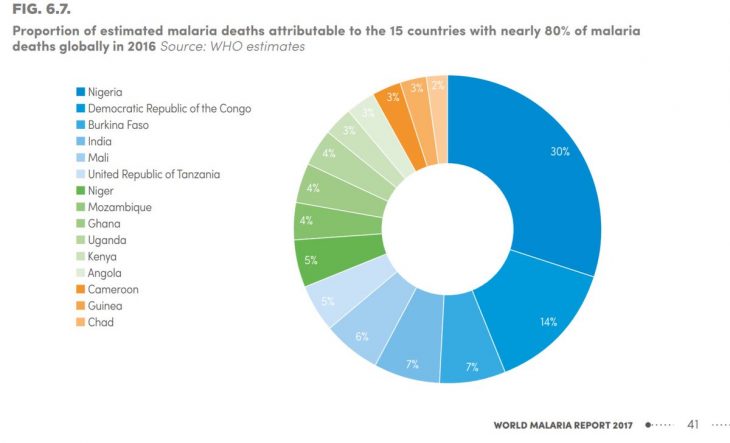 The World Malaria Report 2017 by the WHO  stated that there were 5 million more malaria cases in 2016 than in 2015. “Fifteen countries accounted for 80 percent of global malaria deaths in 2016; all of these countries are in sub-Saharan Africa, except for India.”

“None of the countries in the subregion are on track for a 40 per cent reduction by 2020. All countries except Ethiopia, Madagascar and Zimbabwe reported a substantial increase in cases during 2015–2016,” notes the report.

“Malaria claims too many lives every year, the vast majority of them in Africa. To defeat malaria, we need to invest in stronger health systems that deliver universal health coverage,” said Dr Tedros Adhanom Ghebreyesus Director-General World Health Organization.

The WHO annual on the status of the battle report states that the unprecedented progress against malaria—a key public health achievement over the past few years—has stalled, and an estimated 5 million more cases were reported in 2016 than the year before.

One of the major problems is insufficient funding at domestic and international levels, which has led to major gaps in providing insecticide-treated nets, medications, and other malaria-fighting tools, according to the 196-page report.

Pedro Alonso, MD, PhD, director of the WHO’s Global Malaria Program, said in a WHO press release, “We are at a crossroads in the response to malaria. We hope this report serves as a wake-up call for the global health community.”

One of the main goals in the global strategy for malaria is to reduce illnesses and deaths by at least 40 percent by 2020, and according to the new report, the world is not on track to reach critical milestones.

WHO Director-General Tedros Adhanom Ghebreyesus, PhD, who goes by Tedros, said, “Without urgent action, we risk going backwards, and missing the global malaria targets for 2020 and beyond.”

Kenya which  is among 15 countries in  sub-Saharan Africa in 2016, the WHO estimated 54 percent people at risk for malaria slept under an insecticide-treated bednet (ITN), compared with 30 percent in 2010. Though the rate of ITN coverage has increased, the rate has slowed since 2014.

Indoor insecticide spraying of walls, another powerful tool to prevent the disease, showed a steep drop, from an estimated 180 million people in 2010 to 100 million in 2016, with the largest reductions in the African region, the report said.

One bright spot is a major increase in diagnostic testing in public health settings, where 87 percent of suspected case-patients were tested in 2016, compared with 36 percent  in 2010. A strong majority (70%) of people who sought treatment received artemisinin-based combination therapies, the gold standard.

Kenya’s National Malaria Strategy 2009–2017 articulates articulated the efforts required to scale up malaria control and laid the groundwork for to realizing the vision of a “Malaria-free Kenya”.

There are four malaria epidemiological zones based on transmission: endemic, highland epidemic prone, arid seasonal and low risk. Twenty-nine per cent of the population lives in malaria endemic zones where children and pregnant women bear

the brunt of the disease.

The seasonal transmission of malaria in the arid and highland eepidemic-proneareas confers negligible immunity to malaria, making the whole population vulnerable to malaria. Sporadic malaria transmission may occur in low risk areas mainly in central Kenya. 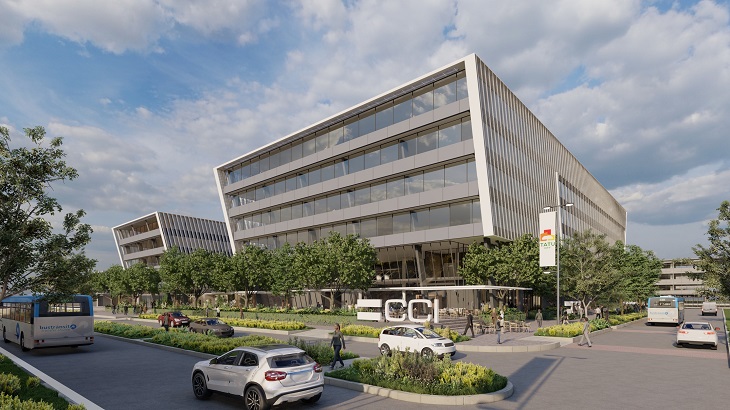