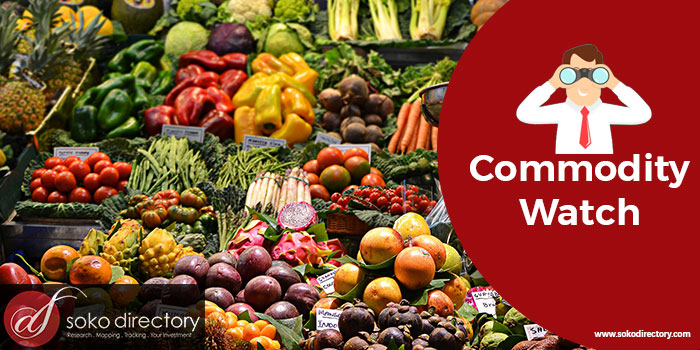 Kenya registered an inflation rate of 4.5 percent in December from 4.73 percent, the lowest rate since May 2013 and significantly lower rate than the 11.7 percent reached in May according to the Kenya National Bureau of Statistics (KNBS).

According to the KNBS, “ The overall year on year inflation stood at 4.50 per cent in December 2017,” attributed to a slower rise in food and non-alcoholic drink prices.

During the review period, between November and December 2017, Food and Non-Alcoholic Drinks’ Index increased by 0.25 per cent.

“This was mainly due to increases in prices of some foodstuffs which outweighed the falls in others. However, the year on year food inflation dropped from 5.79 per cent in November to 4.68 per cent in December 2017.” 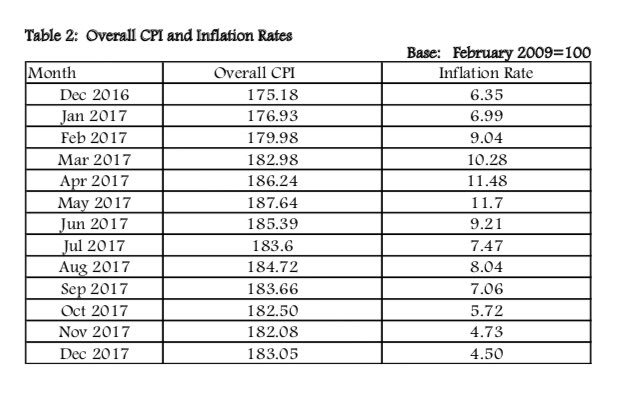 During the same review period; Housing, Water, Electricity, Gas and Other Fuels’ Index, increased by 0.27 per cent which was attributed to slight increases in prices of charcoal and kerosene.

Read: Cost Of Unga To Rise By Next Week as Subsidy Program Ends

The Transport Index recorded an increase of 2.44 per cent in December compared to November 2017, on account of increase in pump prices of both petrol and diesel as well as higher bus fares associated with Christmas festivals.

Since 2015, Kenya has experienced shortages of the staple food, maize, and other basic commodities such as sugar. The annual food inflation rate stood at 18.6 percent in March, forcing households to tighten their belts.


In November, the CBK’ Monetary policy Committee retained the Central Bank Rate (CBR) at 10.0 percent citing inflationary pressures in the economy were muted, and inflation was expected to continue to decline in the short term.

Part Of Thika Superhighway To Be Closed For 5 Days

Pain At The Pump As Fuel Prices Spike, Kerosene Up By Ksh 18